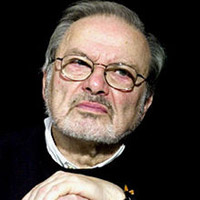 ‘Where the Wild Things Are’ Author Maurice Sendak Has Died
Sendak, above, was 83.
[LAT]

Police, Dogs Search Landfill for the Bodies of Two Children
The children’s father, Shazer Fernando Limas, has been charged with killing them and their mother.
[Daily News]

Bomber in Plot on U.S. Airliner Reportedly a Double Agent
In 24 hours, this story has gone from terrifying to thrilling.
[NYT]