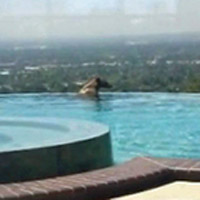 L.A. County D.A. Race Getting Crowded
Six candidates are up for election on June 5.
[LAT]

Bear Spotted “Chilling” in Monrovia Backyard Pool
What did you do this Memorial Day weekend?
[KTLA]

Closures Scheduled for Sepulveda Pass
The 405 will continue to suck this Tuesday, Wednesday, and Thursday evenings.
[KABC7]

The Daily News Has Put Together A Guide to Watching the Stanley Cup For Hockey’s Newest Fans
Go Kings!
[Daily News]