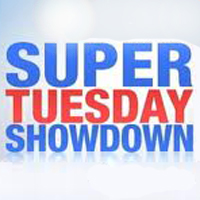 Carjaking, Shooting Victim Saved By Good Samaritan
“What would you do?” he asked.
[KTLA]

Angels Flight Fare to Double
Starting March 12, it will cost $0.50 to ride the railway.
[Daily News]

Elderly Twins Found Dead in Tahoe Home
Investigators are looking for relatives of Joan and Patricia Miller, who both appear to have passed away of natural causes. We are having a small bout of déjà vu.
[NBC LA]

Today is Super
Ohio, Tennessee are the states most in play in today’s GOP primaries
[CNN]

US, Russia, China, France, Britain, and Germain to Resume Negotiations With Iran
Everyone’s gonna try to talk this nuclear situation out.
[NYT]