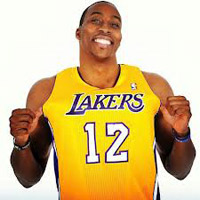 10 Local Courthouses To Shutter Due to Budget Cuts
The days of celebrities going on trial in Beverly Hills come to a close.
[LAT]

Magic Johnson: “I Don’t Believe in Jim Buss”
The former Laker calls for a public foul against the team owner.
[NBCLA]

5-Hour Energy Linked To More Than a Dozen Deaths
Maybe stick to a handful of almonds.
[CBSLA]

L.A. County Sheriff’s Deputy Arrested on Suspicion of Murder
Francisco Gamez had been assigned to the West Hollywood station since 2005.
[LADN]

It Was Dwight Howard Day at City Hall Today
Snoop Lion was also in the hall-ouse.
[LAO]

Burbank Ikea May Become Much, Much Larger Burbank Ikea
The chain’s meatball portion size is not expected to change.
[NBCLA]