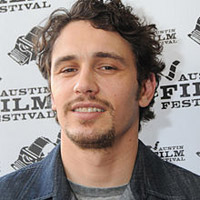 “Glen Bearian”’s Move to Colorado Now In Question
A wildlife regulation has put a snag in his travel plans.
[LAT]

There Was a Six-Hour SWAT Standoff Outside a Canoga Park Home
Six rounds of tear gas later, it was determined no one was home.
[LADN]

Stock Markets Had a Good Day
The Dow closed 244 points up!
[LABO]

Amanda Bynes Could Serve Prison Time
The actress has been charged in two hit-and-runs.
[People]

Ex-NYU Prof Sues James Franco For Saying He Sucked
José Angel Santana has a bone to pick with the actor’s portrayal of an “angsty student.”
[NYP]

Quincy Jones: I Did Not Tell Joe Francis That Steve Wynn Wanted To Kill Him
“Absolutely not.”
[Daily Breeze]