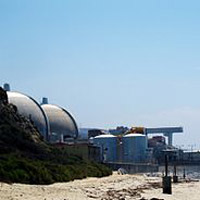 El Monte Mayor Would Like The ‘Gangnam Style’ Lifeguards To Get Their Jobs Back
He’ll call for a vote at a City Council meeting mid month.
[LAT]

Edison Petitions to Restart the San Onofre Reactor
The Nuclear Regulatory Commission will be reviewing the idea for months.
[NBCLA]