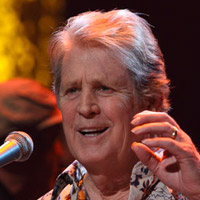 Sons of Anarchy Actor Dies in Fall After Killing His Los Feliz Landlady
Johnny Lewis was 28. His landlord, Catherine Davis, was 81.
[People]

Local Hotel Occupancy Up in July
People did get a room.
[LABO]

Biker Shot By Taggers in North Hollywood
Possibly for trying to snap a pic. To be safe, photograph the art, not the illegal act, people.
[KABC]

LA River Bike Path Advocates Are Not OK With Universals Plans to Expand
And they won’t be until a mile-long bike path is created.
[LADN]

There Was Most Definitely Rushing Water Once On Mars
Curiosity Rover has the proof.
[Washington Post]

Israel’s PM Tells United Nations Iran is THISCLOSE to Making an Atomic Bomb
Netanyahu pulled out a scary visual for his presentation before the General Assembly.
[NYT]