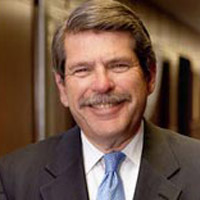 Supervisor Zev Yaroslavsky Will Not Be Running For Mayor
A relief to grade school students responsible for knowing how to spell the Mayor’s name, we’re sure.
[NBC LA]

Changes to Madeleine Brand’s KPCC Show Have Not Gone Unnoticed
Unhappy fans are commenting up a storm.
[LAO]

People, Mostly 55-64 Years Olds, Aren’t Making As Much Money As They Used To
Be sensitive, everyone else.
[LABizO]

West Nile Virus Detected in Santa Monica
Add it to your list of complaints about the heat.
[SMDP]

Listening to Police Scanners Is The Cool New Thing
“It’s like theater.”
[LAT]