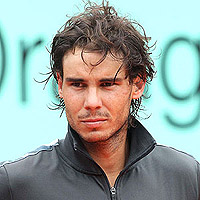 Carmageddon II Scheduled for Weekend of September 29
The second coming of the traffic calamity.
[KTLA]

Nadal Pulls Out of 2012 Olympics
The star tennis player says he’s not in proper shape to compete.
[People]