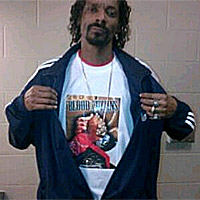 Deaths of Married Couple Living at the Beverly Hilton Ruled a Double Suicide
This is NOT what our recent column on hotel life is about.
[LAT]

Snoop Dogg Busted With Weed At Norway Airport
The rapper paid off a fine for carrying too much cash with the cash he was carrying.
[KTLA]