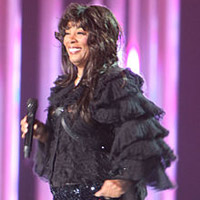 Donna Summer Dead at 63
The disco queen lost her battle with cancer in Florida this morning.
[CBS]

Despite Early Lead in Game 2, Lakers Down 2-0 in Playoff Series
We’d rather not talk about it.
[ESPN LA]

Tourists Brought Nearly $1.4B To Santa Monica in 2011
So that’s the price of traffic.
[SMDP]

Seven L.A. Gang Unit Deputies Placed on Leave in ‘Secret Clique’ Probe
They are suspected, in other words, of being in a gang.
[Daily News]

Horse Rescued 2 Miles Out to Sea
The 7-year-old Arabian got spooked on the beach and made a swim for it.
[KTLA]