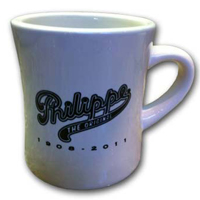 LAPD Cracks Down On Drone Use By Real Estate Agents
Calling it another blow to the housing market might be overstating things.
[LA Times]

Philippe’s to Charge 45cents for Coffee
It’s the end of an era that we couldn’t believe didn’t end three decades ago.
[LA Observed]