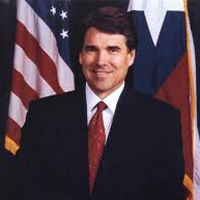 Rick Perry Exits the GOP Race, Endorses Gingrich
But not before…

Gingrich’s Ex-Wife Says He Wanted an Open Marriage
Marriage, you know, the thing Newt Gingrich thinks gay people ruin when they have it.
[USA Today]

Search for Human Body Party Continues Near Hollywood Sign
Two feet, two hands, and a head have been discovered so far.
[LA Times]