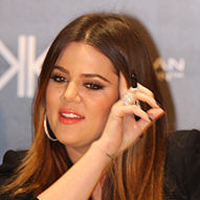 Clark Gable’s Grandson Sentenced to 10 Days in Jail For Pointing a Laser Gun at an LAPD Helicopter
Yes, it’s the same grandson who we photographed for this story just last April. Sigh.
[LA Times]

Kris Jenner Says Khloe Is a Kardashian
Apparently, there was some confusion.
[People]