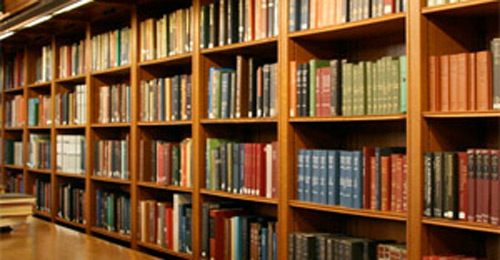 Starting this month, LAmag.com will be highlighting titles of local interest that are hitting bookshelves. Here’s what’s new in September

Bang Ditto
(Manic D Press, hardcover, $16)
By Amber Tamblyn
The General Hospital and Joan of Arcadia lead actress writes poems about the life of a child star.
Out: Sept. 1

Carpathia
(BOA Editions Ltd., paperback, $16)
By Cecilia Woloch
In her fifth volume of poetry, the award-winning poet and lecturer at USC reaches across both European and American landscapes.
Out: Sept. 1

Confessions of an Ex-Doofus-ItchyFooted Mutha
(Akashic Books, paperback, $17.95)
By Melvin Van Peebles
The graphic novel version of the latest film by a pioneer in African-American cinema.
Out: Sept 1

Love to Love You Bradys: The Bizarre Story of The Brady Bunch Variety Hour
(Ecw Press, paperback, $22.95)
By Ted Nichelson, Susan Olsen, and Lisa Sutton
A colorful romp through the misfortunes of the quintessential 1970s TV family when they attempted their own variety show.
Out: Sept. 1

On the Line
(Grand Central Publishing, hardcover, $26.99)
By Serena Williams and Daniel Paisner
The tennis star’s account of her rise from the streets of Compton to the No. 1 spot in the world in her sport.
Out: Sept. 1

Why School?: Reclaiming Education for All of Us
(The New Press, hardcover, $19.95)
By Mike Rose
The UCLA professor explores the nature and meaning of education in the United States.
Out: Sept. 1

Character Driven: Life, Lessons, and Basketball
(Touchstone, hardcover, $24.99)
By Derek Fisher and Gary Brozek
The four-time NBA champion and 10-year LA Laker shares the highs and lows of his life on and off the court, including his infant daughter’s battle with cancer.
Out: Sept. 8

Parallel Play: Growing Up With Undiagnosed Asperger’s
(Doubleday, hardcover, $26)
By Tim Page
A USC professor’s memoir of a childhood marked by both intellectual and musical genius as well as extreme social awkwardness.
Out: Sept. 8

Universal Studios Monsters: A Legacy of Horror
(Universe, hardcover, $40)
By Michael Mallory
A compendium of biographies and photographs that document the studio’s penchant for horror from 1920-1950.
Out: Sept. 8

Five to Rule Them All: The UN Security Council and the Making of the Modern World
(Oxford University Press, hardcover, $24.95)
By David L. Bosco
An account of the inner workings of the most powerful diplomatic body in the world by a political analyst whose works have appeared in a variety of publications, including the Los Angeles Times.
Out: Sept. 10

I Only Roast the Ones I Love: Busting Balls Without Burning Bridges
(Simon Spotlight Entertainment, hardcover, $24.99)
By Jeffrey Ross
The “Roastmaster General” makes Los Angeles his part-time home and burns bridges from coast to coast.
Out: Sept. 15

Cheerful Money: Me, My Family, and the Last Days of Wasp Splendor
(Little, Brown and Company, hardcover, $24.99)
By Tad Friend
A New Yorker writer’s memoir (he files the magazine’s “Letter from California” column) about the Wasp world, a love letter to the culture that once ruled America.
Out: Sept. 21

Blood’s A Rover
(Knopf, hardcover, $28.95)
By James Ellroy
This crowning volume to his “American Underworld Trilogy” is set in the summer of 1968 and features the intersecting lives of a racist FBI agent, an ex-cop turned heroin runner, and a kid private detective within reach of assassins.
Out: Sept. 22

A Feast of Wonders: Sergei Diaghilev and the Ballets Russes
(Skira, hardcover, $60)
Edited by John E. Bowlt and Zelfira Tregulova
An illustrated catalog of artworks about the Saisons Russes between 1909 and 1929 edited by the USC professor and the curator at the Moscow Kremlin Museum, this volume accompanies an exhibition in Monte Carlo.
Out: Sept. 22

Evenings at the Argentine Club
(Grand Central Publishing, paperback, $13.99)
By Julia Amante
The personal experience of the author, who grew up in L.A. cheering for the Argentine soccer team and attending weekly meetings of the Argentine Club, is woven into this novel about the pursuit of the American dream.
Out: Sept. 25

I’m Dreaming of a Green Christmas: Gifts, Decorations, and Recipes that Use Less and Mean More
(Chronicle Books, paperback, $24.95)
By Anna Getty
The environmental activist advises how to navigate the holiday season.
Out: Sept. 30