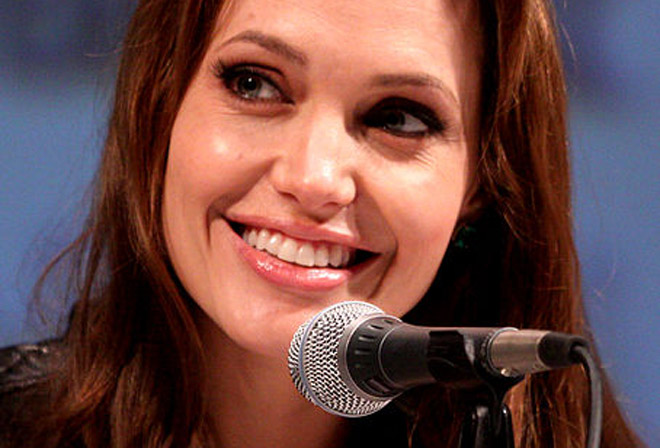 Angelina Jolie’s Beverly Hills Surgeons Step Into Her Spotlight
Angelina Jolie made headlines Tuesday by revealing in a New York Times op-ed that she underwent a double mastectomy operation to lower her risk of developing breast and ovarian cancers. Jolie says she elected to have the procedure after finding out she has the “faulty” BRCA1 gene that dramatically increases a women’s risk for the disease (her own mother died of ovarian cancer at the age of 56). In addition to detailing her experience and what she hopes other women will learn from it, Jolie thanked her doctors: a group at L.A.’s own Pink Lotus Breast Center in Beverly Hills. A detailed article posted at the center’s Web site by Dr. Kristi Funks offers more information about the BRCA gene and Jolie’s surgery. “Like Angelina,” Funk writes, “I urge women who feel they might have reason to be at risk for a BRCA gene mutation – perhaps because of a strong family history of cancer – to seek medical advice and to take control of their futures.”

Calling all Passengers: LAX To Change Its Flight Path
A runway at LAX is on the move—again. The City Council today gave preliminary approval to an ordinance allowing the shift of a runway by 260, a change proponents say would improve airfield safety. Opponents, including councilman Bill Rosendahl, argue airport officials have not thoroughly reviewed how the environment and local communities will be affected by the plans and are threatening to sue. The Los Angeles Daily News reports Ontario, Inglewood, Culver City and the San Bernadino County Board of Supervisors are ready to take legal action against the airport. Meanwhile, the city council is expected to return to the issue next week.

The Most Important Meal of the Day Passes The School Board Test
In other vote-approved news, the Los Angeles Board of Education unanimously agreed to continue funding the school district’s only slightly controversial “Breakfast in the Classroom” program, which the Los Angeles Times reports feeds more than 2,000 students in 290 schools. In the past, labor unions expressed some concern over increased custodial needs and how the program cut into instruction time—two matters board member Steve Zimmer says the district is prepared to address.