Home Crime The Pandemic Is Making It Way Harder for Cartels to Manufacture Drugs... 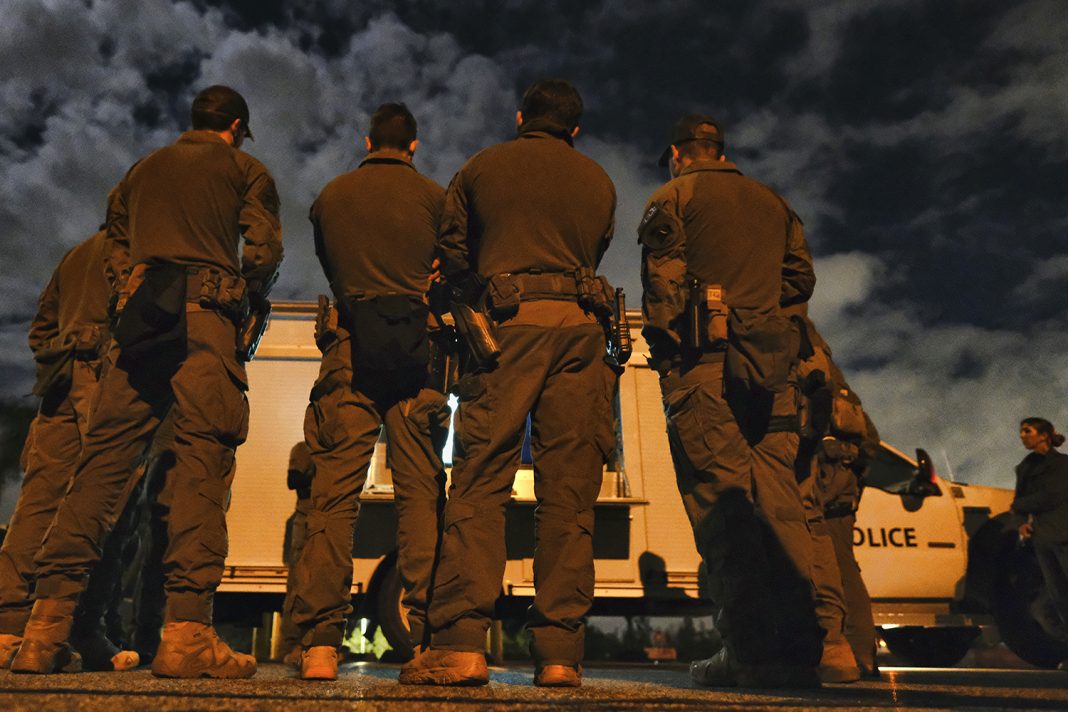 The coronavirus has devastated the business landscape of Los Angeles, leaving no sector of the economy unharmed, not even the drug trade.

Since most retail shops were ordered shut across California on March 19, drug-trafficking organizations operating in the city have faced a serious dilemma: how to launder their ill-gotten gains and funnel them back to the cartel bosses in Mexico.

The pandemic has thrown a wrench into a sophisticated scheme  known as the Black Market Peso Exchange, which  helped establish L.A. as the  epicenter of cartel money laundering operations in  the United States. The DEA  says it is one of the most successful such systems ever  devised. This spring stash  houses and other hiding  places were practically overflowing with drug money—and with all nonessential  businesses closed, there was  no one to clean the dirty loot and safeguard its transfer to Mexico.

So cartels have had to revert to an old-fashioned way of moving cash: packing it in the back of a vehicle, driving it to the border, and hoping for the best. The risky business has not escaped the attention of federal drug enforcement agents in Los Angeles, who in the early weeks of the lockdown kept their ears to the ground and made a series of major cash seizures, as easily as shooting fish in a barrel.

The Black Market Peso Exchange makes use of money brokers and legitimate trade to disguise proceeds from illegal sources. Robert E. Dugdale is all too familiar with the process. As an assistant U.S. attorney in Los Angeles in 2014, Dugdale prosecuted businesses in the Fashion District that were charged with taking bulk cash funneled by drug cartels for clothing exported to Mexico. Two of the companies were owned by brothers living in Westwood and Beverly Hills.

The DEA has seized more than $9.5 million in cartel cash since March.

“The basic goal for the drug cartel is to realize the revenue from its drug sales in the United States without having to physically smuggle bulk currency across the border, where the chances of its seizure by law enforcement are at their highest,” Dugdale says.

Trade-based money launderers depend on legitimate businesses to help launder suspect funds. So when the trade they rely on dries up overnight, the whole narcotics industry goes into a panic. In March, when the Fashion District—the purported epicenter of the epicenter of underworld banking in the United States—was shuttered in the wake of the pandemic, the Drug Enforcement Administration began hearing through the grapevine that cartels operating in the area were desperately seeking new ways to launder growing piles of cash.

Between March and early May, while the Southern California economy was reeling, the DEA seized more than $9.5 million in cash as it was headed for the border, more than double the $4.6 million that the feds nabbed during the same period last year. Until recently the cartels knew better than to travel with copious amounts of dough, and such big busts were rare. But between late April and late May, the DEA hit the jackpot with four massive drug busts that each netted a million dollars of dirty cash.

The seizures occurred in Long Beach and Cerritos, in L.A. County; Anaheim, in Orange County; and Wildomar, in Riverside County. According to the DEA, the money was found in the possession of couriers who work for the dueling multinational drug traffickers that control California’s border with Mexico: the Sinaloa Cartel and the Cartel de Jalisco Nueva Generación. What surprised William Bodner, the DEA’s special agent in charge of L.A., was the apparent desperation of the traffickers. “It says something about the mindset of the cartels right now that they are stuffing a million dollars in cash into bags or boxes and then throwing them in the trunk,” Bodner tells Los Angeles.

The problems the stay-at-home order has posed for the cartels have not been limited to the fortunes they lost due to seizures. The pandemic has also struck at the heart of the global supply chain, resulting in a severe shortage of their most popular products. The Chinese city of Wuhan, where the COVID-19 outbreak originated, also happens to be one of the world’s leading suppliers of the chemicals used to manufacture crystal meth and the increasingly deadly opioid fentanyl.

In December, as China was vainly trying to cover up the emergence of a deadly respiratory illness, DEA agents 7,000 miles away in L.A. started noticing an inexplicable rise in the street price of crystal meth. “We weren’t in tune with the coronavirus yet,” Bodner says, “so we were kind of wondering why the meth price was growing so rapidly in January and February.” They soon discovered that reduced laboratory operations in Wuhan after the pandemic had limited the supply of precursor chemicals to cartels in Mexico. As a result, the street price of meth in L.A. doubled from about $900 a pound in November to $1,800 a pound by the first week of May. (Prices of other drugs like heroin and cocaine were largely unaffected by the pandemic, the DEA says.) The clampdown on nonessential travel across the U.S.-Mexico border has further reduced the narcotics supply. “Finding a drug shipment at a border crossing is like finding a needle in a haystack,” says Bodner. “But the haystack just got a lot smaller.”

On the bright side for the cartels: demand for illicit drugs is presumably as high as ever, and probably higher, judging from the skyrocketing popularity of other mind-altering substances. According to the market research firm Nielsen, U.S. sales of spirits like tequila and gin increased 75 percent during the early phase of the shutdown, while cannabis sales in L.A. have reportedly quadrupled. But all that money won’t do the cartels any good, if they have no place to hide it.

RELATED: The Last Caravan: Hope for Salvation at the U.S.-Mexico Border Died Along with Two Honduran Teens