Home Uncategorized The Other Asians 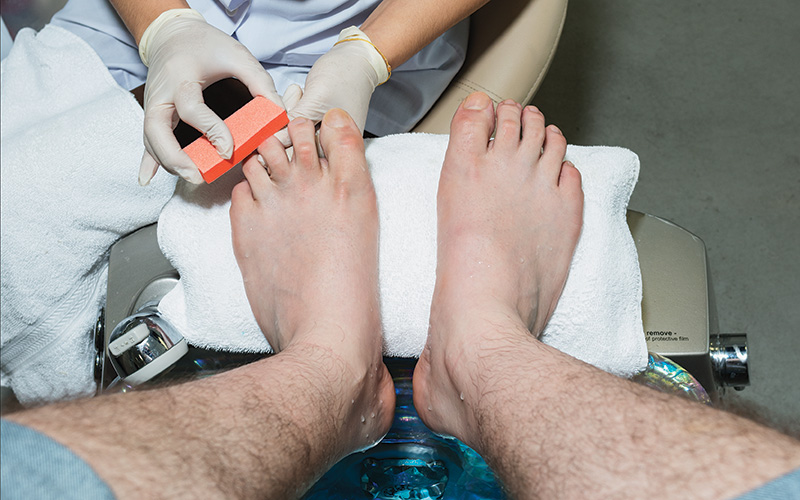 I envy Korean, Japanese, and Chinese Americans in L.A. They have Koreatown, not just one but two Little Tokyos  (though the one on Sawtelle is officially called Japantown), and two Chinatowns (if you count the more polished, hipper version in the San Gabriel Valley). I’m Vietnamese American, and Little Saigon, the cultural capital of the global Vietnamese diaspora, is an hour away in the Orange County towns of Westminster and Garden Grove. Angelenos who have never been there are missing the best Vietnamese food outside of Vietnam.

The pho restaurant in my Silver Lake neighborhood symbolizes the plight of Vietnamese food in L.A.: The place is always crowded with local hipsters who seem blissfully unaware that the broth tastes like it came out of a can. To ﬁnd pho as good as what you’d eat in Little Saigon, one has to drive 30 minutes from Silver Lake to Pho Filet in Rosemead, where the customers and staff speak some real deep southern Vietnamese.

Many of the pho restaurants in the vicinity of Koreatown are run by Koreans. They love pho (I often wonder whether this has anything to do with the 300,000 Korean soldiers that the United States hired to ﬁght in the Vietnam War), although it’s not like what you’ll taste in Little Saigon. And unlike Little Saigon or any of the other ethnic enclaves, Koreatown enjoys a recently acquired chic, a notoriety it has achieved because of Korean commercial and cultural power. You or someone you know owns something made by Samsung, LG, Hyundai, or Kia, and if you haven’t danced to “Gangnam Style” or eaten Korean BBQ or drunk soju, then you cannot describe yourself as hip.

Koreatown shows how real estate is one of the most visible signs of the American dream—not just private home ownership, but the possession of the buildings and signs lining the streets, of storefronts and commercial property. Like everything else in American society, property ownership is marked and unmarked by race. This is why we deem certain kinds of businesses “ethnic” and why certain neighborhoods earn names like Chinatown, Koreatown, and Little Tokyo.

Historical tides of discrimination, exclusion, and self-segregation have led to these colorful concentrations of real estate. They are evidence of marginalization, of people pushed into pockets and rendered invisible by a dominant American society that has not wanted to see them—except in times of crisis, when they become hyper-visible. In bonding together, marginalized people make themselves visible but on their terms, allowing them to literally capitalize on the ethnocentrism and racism that have characterized their history.

In the case of Vietnamese Americans, we arrived here as refugees beginning in 1975. The majority of Americans did not want us, so we settled where we could, and the area that would become Little Saigon was cheaper than L.A. Many of the white people in Orange County didn’t want us, either, but they couldn’t stop us from building an ethnic base. Now that is our place relative to L.A. and in the American imagination, consigned to our strategic hamlet in the suburbs.

RELATED: Eight Immigrants Answer the Question ‘Why Are You Here?’

What this means for Angelenos is that they do not get a great deal of exposure to Vietnamese culture. For the most part, they know it through three things: pho, banh mi, and—most of all—nail salons. The Vietnamese nail salon is so famous that the antihero of Better Call Saul lives in one and can say a few Vietnamese words. I can think of four or ﬁve salons in my neighborhood staffed by Vietnamese women. Most of them live in the San Gabriel Valley, where there are many more Chinese and Vietnamese. How did the Vietnamese come to dominate the nail salon industry in L.A. and elsewhere? It turns out that the actress Tippi Hedren, of The Birds fame, befriended refugees from the Vietnam War and had her personal manicurist train them. Now Vietnamese technicians make up 51 percent of the industry.

Part of the reason for their dominance is that they work for less. A bowl of pho is also affordable by L.A. standards, although it’s even less costly in the San Gabriel Valley or Little Saigon. The Vietnamese in the average Angeleno’s imagination occupy a niche of low prices and service work, our value set by the prices on the menu. The Vietnamese don’t want to price themselves too high, and the customers (who include other Vietnamese) don’t want to pay too much. But while it’s nice to be affordable, which is democratic, it’s better to be expensive in an increasingly oligarchic world. That’s what the existence of Koreatown shows: Cheap can be cool, but it can’t be chic.

Viet Thanh Nguyen wrote The Sympathizer, which won the 2016 Pulitzer Prize for Fiction. He is the Aerol Arnold chair of English and an associate professor of American Studies and Ethnicity at USC.