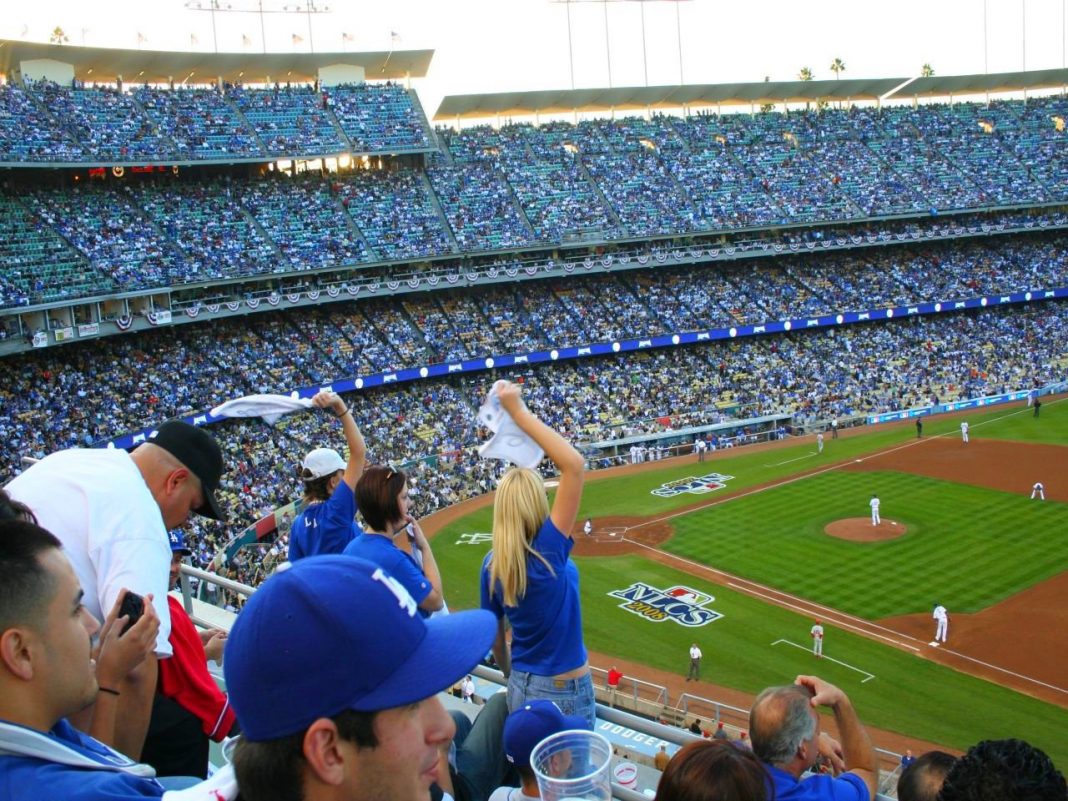 After living in Los Angeles for seven years, I went to a Dodgers game for the first time last Friday. It was a long-awaited experience, something so hyped-up by my Dodgers-loving friends that, honestly, I felt obligated to attend. I’ve wondered why I, a devout non-sports fan, would want to go to a baseball game ever since I moved here, and now I know the answer: Sitting in Dodger Stadium is a local rite of passage.

The game can be a slow chase with few chants and crowd activities to get into aside from the Seventh Inning Stretch and cheering along to the occasional tune piped by Nancy Bea. So what made the nine innings I sat through surprisingly pleasant? Following these eight tips designed to inspire happiness and pride in the least sporty Angelenos of all:

Wear Your Idea of Dodger Blue
Even if you can’t get into the headspace of a true baseball lover, dress the part. Not only will the home team’s cheery hue align you with other locals, it harnesses a feeling of belonging. I wore artist Cali Thonhill DeWitt’s parody Dodgers shirt and was embraced by fans with high-fives. They thought I was one of them!

Go to a Game with a Theme
Here’s why I finally said yes to an invitation to Chavez Ravine: June 19 was LGBT Pride Night. If I was ever to feel comfortable in a sporting space, it would be while surrounded by the community of locals I am a part of and love being around. With a diverse selection of theme nights, from canines to cross-stitching, yoga, and even Cuba, there is definitely a game for you and yours, too. There’s usually free related swag, too.

Stop by the Gift Shop
If you get bored, take a shopping break. There are a few store locations to choose from, and each is bursting with blue and white fan wear for every type of L.A. person. The staff is quite nice and (summer bonus!) the stalls are air-conditioned.

Pick One Player and Root for Him Like He’s Your Savior
It doesn’t matter which team they’re on, but find an athlete—any athlete—to root for. Hearing his name called out as he steps up to the plate will draw you back into the action on the field. It will also make you seem like you know what you’re talking about as you chat with the people seated around you. I picked the Giants’ Angel Pagan because his name is so crazy. I talked so much trash on his heavenly/hellish moniker that the Dodgers fans nearby whooped with approval.

Try a Dodger Dog
Spoiler alert: They taste like any other hot dogs. But—and this is a big but—once you have one you can talk about having had one and how you want to have one again to everyone in the city.

Down a Blue Margarita
I could make an impassioned case for the margarita being the official cocktail of the city due to it’s sweet saltiness and south of the border influence. Dodger Stadium honors this idea with a bright blue version that’s available on draft. After imbibing two I can assure you that they are very good.

Stay Until the End—Especially on Fridays
If the Dodgers run into trouble, locals bail en masse around the seventh inning. What a shame! Wait to see if Yasiel Puig hits a homerun when the bases are loaded to stage a comeback. He didn’t make it happen at the game I went to, but watching him try was a great appetizer for the Friday Night Fireworks.

Enjoy the View
Before my maiden visit, I had no idea that Dodger Stadium has one of the best 360 degree views of the city, including the San Gabriel Mountains, downtown, and—apparently on a clear day—the Santa Monica Bay. It’s breathtaking to take in L.A.’s natural beauty from one of its most iconic locations. That’s worth the ticket price alone.