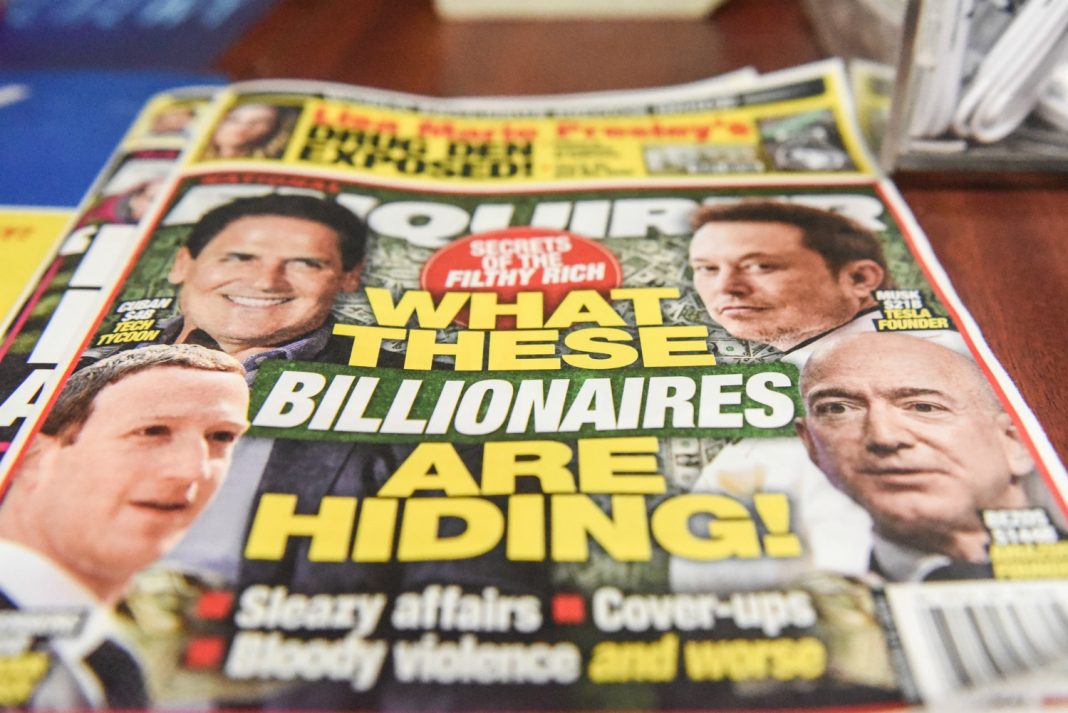 The National Enquirer may have picked the wrong Richest Man on Earth to fuck with.

In a dispatch posted to Medium yesterday, Amazon founder Jeff Bezos accused your rightwing grandma’s favorite grocery checkout impulse buy of “extortion” for, he alleges, threatening to publish the mogul’s salacious selfies unless he agreed to put an end to an investigation into how the paper accessed the private images and texts.

Were they published, the images would, presumably be posted on the Enquirer‘s website—which, a savvy twitter user pointed out, is hosted by Bezos’s own Amazon Web Services.

OK, so it’s safe to say Amazon would never sabotage a website it hosts based on its content, but at least a few Twitter users decided it wouldn’t quite be fascism if Amazon were to slow down site traffic.

By the way, you know that #NetNeutrality rule that trump wrote and @TomWheelerFCC opposed? I think it allows an ISP to throttle traffic. Yes, I'm sure of it. Some firefighters told me. Don't take them down. Slow their traffic to a crawl…

The story is a tangled web of accusations and motivations—why does the Enquirer have it out for Bezos? Is it because of the Washington Post‘s coverage of Trump? Or its coverage of Saudi involvement in the murder of Jamal Khashoggi? Is this just kind of what the National Enquirer does?

NBC News reported this morning that federal prosecutors are investigating whether, if Bezos’s accusation is true, the Enquirer violated a non-prosecution agreement signed last September. And, for what it’s worth, parent company AMI is apparently conducting an in-house investigation (sans David Pecker).