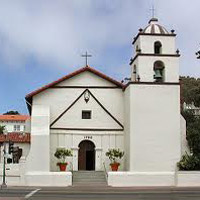 San Bernardino County Sheriff’s Deputy Kills Pedestrian With Patrol Car
The deputy was responding to a call for help.
[NBCLA]

Sharon Osbourne Undergoes Double Mastectomy
She fit some plastic surgery into the schedule, too.
[CBSLA]

Lakers Win a Game
That’s more like it.
[ESPNA]