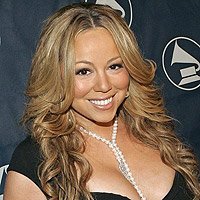 “Green” Homes in California Selling For Higher Prices
Looks like it is easy being green.
[HuffPoLA]

Peet’s Coffee and Tea Sold for Close to $1 Billion
Despite rumors, the Bay Area-based chain wasn’t bought by Starbucks.
[LAT]

Parents in Adelanto, CA Will Be First in Nation to Take Over Failing School
This is the first successful application of the controversial “parent trigger” law.
[KTLA]

Battle Lines on Pot-Shop Ban Have Been Drawn
Seems to be a chronic dispute.
[LAT]

Body of Possible Suicide Jumper Found Downtown
The body was found at Spring and Sixth.
[LAist]

NCAA Strips Penn State of Wins From 1998-2011
The school is also banned from bowl games for four years.
[HuffPoLA]