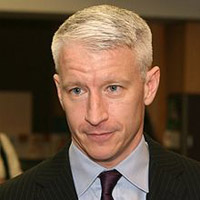 Brown Widow Spiders Love L.A. As Much As We Do
The black widow’s cousin is “really taking over.”
[LAT]

Lamar Odom Signs With the Clippers
He returns to L.A. after a single year in Dallas.
[ESPN LA]

10,000 Riders Checked Out the Orange Line Extension This Weekend
No glitches or accidents were reported.
[Daily News]

Man Jumps to His Death From Grove Parking Structure
This happened at 7:30 Sunday night.
[WeHo Daily]

Scientists Have Evidence of “God Particle”
But no one’s rushing to any conclusions.
[Washington Post]

WGA Members Earned Nearly 6% Less Money Last Year Than They Did The Year Before
Tent-pole filmmaking is up, mid-budget projects are down.
[Variety]