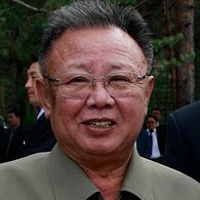 North Korean Dictator Kim Jong Il Died Over the Weekend
2011 was a bad year to be a dictator.
[LA Times]

AT&T Drops $39B Bid for T-Mobile
Like so many calls before it.
[NBC LA]