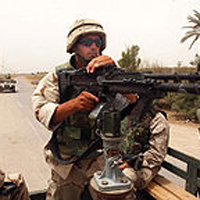 Supreme Court to Rule on Arizona Immigration Law
Obamacare and Texas redistricting, the justices will be right with you, too.
[NY Times]

It’s Raining in Los Angeles
OK, so the sky is not blue, presently, right here. But still.
[NBC LA]