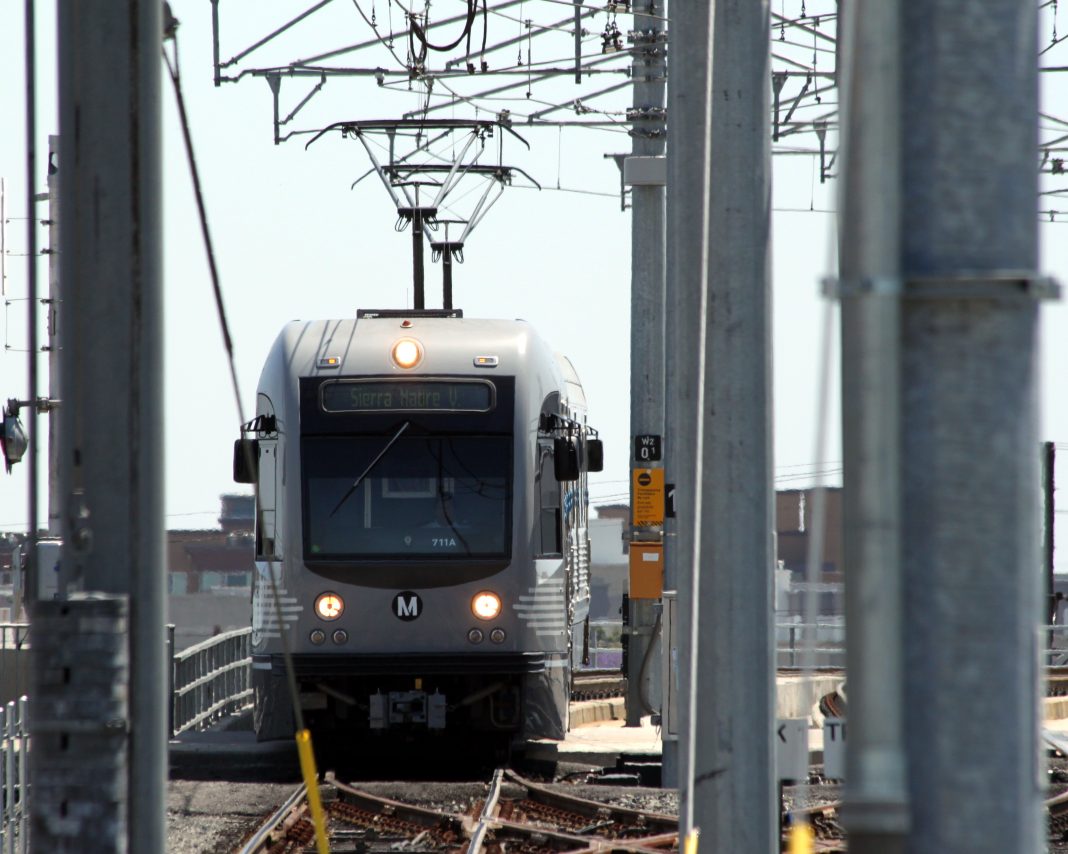 Metro CEO Phil Washington announced today that the 11.5-mile Gold Line Foothill extension will open on March 5, 2016. The extension will run from Pasadena to Azusa, connecting cities in the Gabriel Valley to downtown and beyond to East L.A. In addition to expanding the region’s public transportation offerings, the extension is noteworthy for being the first (nearly!) completed Metro Rail project to be funded by Measure R—a countywide half-cent sales tax increase approved in 2008. The extension, which cost $957 million (that’s a lot of half cents) includes six new stations and a new rail yard in Monrovia. Between now and March, while the rest of us are impatiently awaiting the release of Batman v. Superman, Metro staffers will be busy testing the new tracks and training operators. The Gold Line won’t stop here, though. An additional extension of the line is planned from Azusa to Montclair in San Bernardino County. Give it some time, though—that plan has yet to be funded.