Home Technology The Man Behind the LAPD’s New Body Cameras Sets His Sights on... 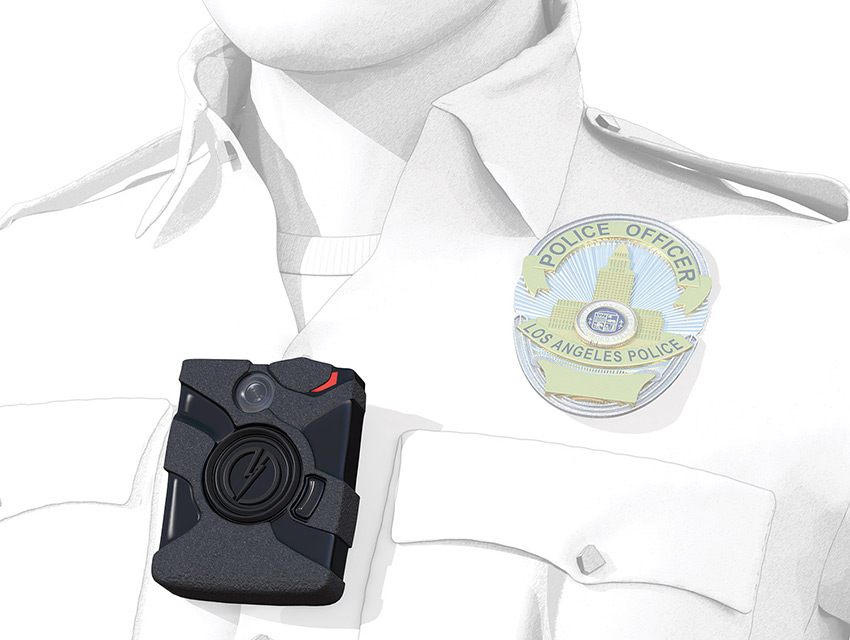 After a lengthy trial run, the LAPD’s new body cameras are here to stay. On Monday, the first 250 of the initial 860 cameras were rolled out for officers in the Mission Division of the San Fernando Valley. Police Commissioner Steve Soboroff has been advocating putting a camera on every cop for years now, so we got him on the phone to talk about seeing his goal come to fruition and ask about his expectations for the future.

We spoke with you about your desire to see LAPD officers equipped with cameras back in January of 2014. Are you happy with how the roll out went this week?
I’m very happy. We’re the first big city to do it and we’re the first real diverse city to do it. So the results that we’re going to be monitoring here have an enormous interest in the law enforcement world. The smaller city pilot [programs] have had up to a 90 percent decrease in officer-related complaints and 50 percent less use of force. Those are monster numbers. If we have similar results, it will be earthshaking.  If we transpose those numbers to our budgets—for litigation, for overtime, for lawsuits, for court cases—the savings in lives, and the savings in time, and the savings in dollars are just huge. It could be $30 or $40 million per year.

After just one day of use, how is law enforcement responding?
Well, the guys have learned to love them. At the beginning, law enforcement was for body cameras—that doesn’t mean L.A. officers were—and the ACLU was for body cameras, but both were for them to protect people on different sides of the camera. We worked through all that and came up with a policy that probably doesn’t make anybody happy, but that’s what happens when you have to middle-ground on 20 issues: you get one or two that people don’t agree on.

A common criticism is that the public doesn’t have access to the footage the cameras record.
No, they don’t. A judge would have access to it. A court may have access to it. There’s privacy issues for bystanders, and many of the judges don’t want to taint any evidence. The commission voted on the policy that it’s up to the police chief. There may be cases where the chief of police says, this should be released to the public for public safety reasons, whether the officer is right or wrong.

There were 20 issues; we worked out 18 of them. The other issue that people talk about is, can the officer see the video before they write the report. Now, if there’s a categorical use of force or things like that, then they won’t, but in most cases they will have the right, so that their reports are accurate.

Are there any lingering issues regarding the cameras that need to be addressed?
Part of the policy dictates when the cameras go on and when they go off. A lot of the things that happen to officers happen in a tenth of a second, and it’s really hard to react. It’s all about training. I think it’ll take a little bit of time for officers, as part of their normal thing, to flip that camera on and flip it off, just really get the feel of it. But nothing other than that.

So what’s your next long term goal?
Fifty percent of the people [in Los Angeles] have financial issues, substance issues, homeless issues, mental issues. And until we start caring about those people, instead of turning it over the cops, it’s just not going to work.

It’s hard to be poor. It’s hard for a kid not to have a playground, not to have two parents at home, to have 65 kids in their class, to grow up around gangs. The frustrating thing is, we have the service providers in Los Angeles. They’re phenomenal. We have medical service providers for the mentally ill and the homeless. We have mentoring service providers like Big Brothers. We have Boys & Girls Clubs. They are incredibly efficient and incredibly underfunded. I would like to see the upper 10 to 20 percent of people at the top economically show a little more empathy for the 50 percent at the bottom—financially, from their hearts, and as they teach life lessons to their children. That’s going to be my crusade. I’m not going to be applying to any country clubs in the next few years.