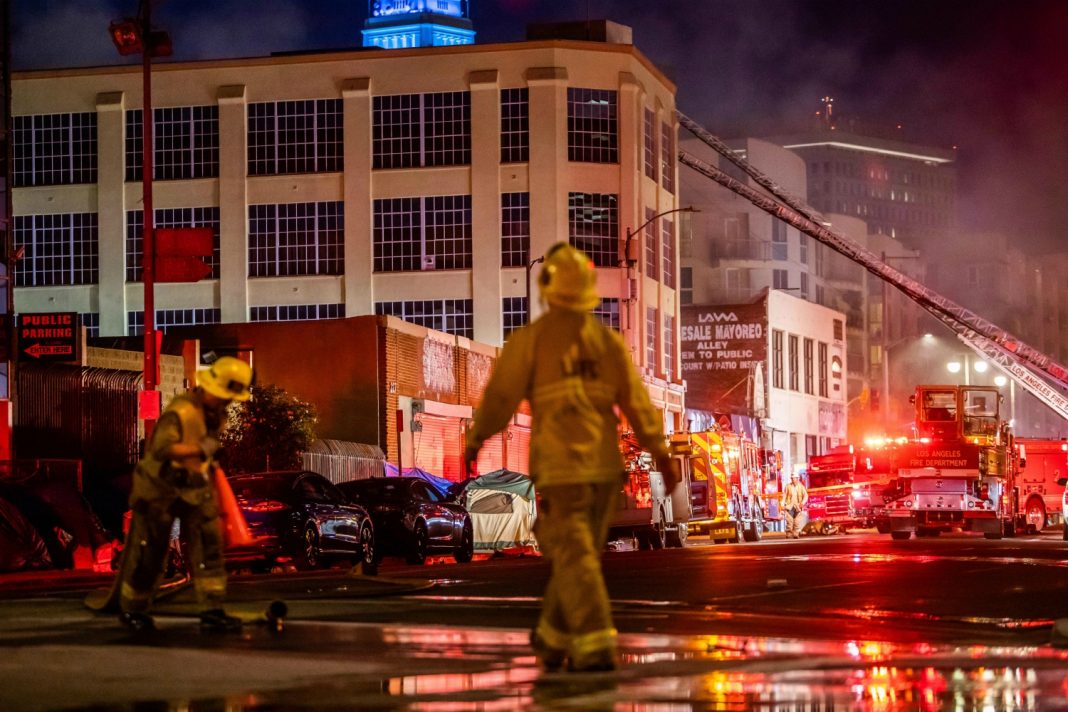 Smoke Tokes is located on a corridor so commonly associated with cannabis paraphernalia and supplies used for the extraction of THC for marijuana vape cartridges that police call it “bong row.” The area is also considered a major source of materials used to create unlicensed cannabis products.

Although Smoke Tokes is not a cannabis business, and law enforcement sources told the Times that neither a cannabis extraction laboratory nor cannabis was found inside the building, canisters of carbon dioxide and butane were reportedly discovered there. Butane is just one of the ingredients needed for the production of illegal marijuana products that some say can be easily scored on the row.

“In our experiences, it’s a well-known area for one-stop supplying of illicit cannabis extraction products and counterfeit vape manufacturing,” Wesley Hein, head of compliance and government affairs at a cannabis distribution company located in Woodland Hills, told the Times. According to Hein, those supplies include cannabis oil, terpenes, and additives like vitamin E acetate, as well as cartridges and packaging.

“All of those are available or have been available, quite readily, in those three to four blocks,” Hein said.

Investigators have not determined the cause of the blast, but a criminal investigation involving more than 50 members of the Fire Department, the LAPD, and the U.S. Bureau of Alcohol, Tobacco, Firearms and Explosives will focus on whether volatile or explosive substances were stored improperly.

Meanwhile, Chief Terrazas says that every firehouse in L.A. will begin to identify similar businesses to determine if they are meeting safety standards, such as displaying a diamond placard to alert emergency personnel to the presence of hazardous material, a regulation Smoke Totes did not follow.

“Those types of businesses pose a threat to the people who work there, the public that goes there, and firefighters if they have to respond there,” Terrazas said. “We have 106 fire stations. We will canvass the city. We will identify the businesses. We will transmit that information to the fire prevention bureau, and then we start inspecting them all.”

Three firefighters remain hospitalized in the wake of the blaze, including Captain Victor Aguirre, who suffered third-degree burns. A GoFundMe campaign for Aguirre has already raised $127,000 of its $150,000 goal.

RELATED: Saturday’s DTLA Explosion Is the Subject of a ‘Significant’ Arson Investigation