Home Books The Killer Canon: Ten Crime Books That Will Have You Hiding Under... 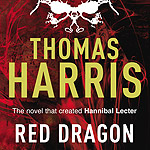 The Maltese Falcon (1930)
Dashiell Hammett
Fordham University’s Leonard Cassuto, author of Hard-Boiled Sentimentality: The Secret History of American Crime Stories, calls L.A.’s very own Dashiell Hammett “the most influential crime writer of the 20th century.” He did, after all, popularize the hard-boiled style in the 1920s, of which this novel is a prime example.

And Then There Were None (1939)
Agatha Christie
Having sold 100 million copies to date, And Then There Were None is the best-selling mystery novel ever, written by a woman who is the most widely published author of all time (only to be outsold by the Bible and Shakespeare). If that’s not reason enough to read this book full of murder, lies, and scandal, we don’t know what is.

The Long Goodbye (1953)
Raymond Chandler
Critics can’t agree on whether this novel, one of Chandler’s famed Philip Marlowe mysteries, is a triumph or a flop, but Chandler himself believed it to be his best work. We have to agree; hard-boiled fiction at its finest.

Red Dragon (1981)
Thomas Harris
You’ve heard of Hannibal Lecter, right? Well, you can thank Mr. Harris here for that twisted, chianti-loving fellow, who is easily one of the most haunting villains from literature. Cassuto believes Harris to be “the second most influential twentieth-century crime writer, for it was he who refined the formula for the serial killer story as police procedural.”

The Girl with the Dragon Tattoo (2005; English translation 2008)
Stieg Larsson
The first novel in Larsson’s Millenium trilogy zooms in on the sharp-witted yet socially awkward Lisbeth Salander, one of literature’s more multi-faceted characters, as she helps journalist Michael Blomkvist navigate the murky waters of a long-past murder.

In Cold Blood (1966)
Truman Capote
Widely regarded as the pioneering book of the true crime genre, Capote recounts the gruesome 1959 murders of Kansas farmer Herbert Clutter, his wife, and two of their four children. Factual discrepancies in the book have led some to question Capote’s claim that every word of it is true.

The Stranger Beside Me (1986)
Ann Rule
In this autobiographical book, Ann Rule explores the strange friendship she formed with Ted Bundy. Rule worked with Bundy at a crisis hotline before he was arrested for a series of murders, and in this memoir she recounts the impossible time she had coming to grips with his true identity. Creepy.

My Dark Places (1996)
James Ellroy
In this book that is part investigative journalism and part memoir, L.A.-based crime-fiction novelist Ellroy describes the many ways in which the murder of his mother shaped his life and how it eventually led to his career in writing crime novels.

Deranged: The Shocking True Story of America’s Most Fiendish Killer (1998)
Harold Schechter
Shechter chronicles the demented life of Albert Fish, who was a pedophile, a sadist, and a cannibal. Fish is generally regarded as the inspiration behind Thomas Harris’ Hannibal Lecter.

Marching Powder (2003)
Rusty Young
This prison-memoir recounts the tale of a small-time English drug smuggler who gets busted in Bolivia and thrown into San Pedro prison, where inmates must pay an entrance fee, buy their own cells, and find a source of income (dealing cocaine from behind bars, or opening a restaurant, perhaps) if they have any hope of surviving. Vicious guards, blatant bribery, and an utterly shocking prison environment make this book worth a read.