Home L.A. History The Kids Are All Right 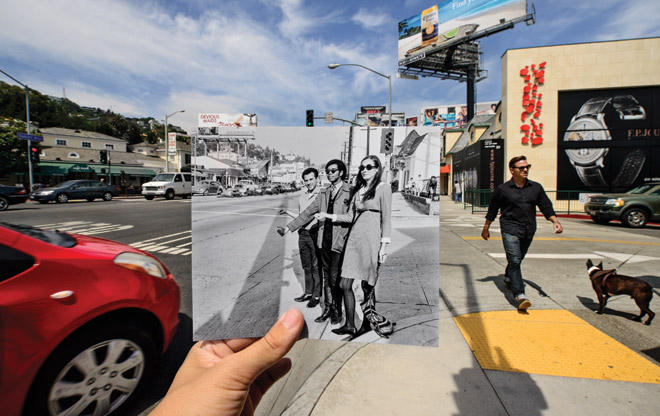 While one group of young citizens across the country was fighting for civil rights during the 1960s, local teens were dealing with another urban struggle: curfews. The Man was making a habit of intruding on their right to party on Sunset Boulevard. A county ordinance had opened the door to allowing nightclubs to admit underage patrons, who in turn defied the home-by-10 p.m. rule. Sheriff’s deputies cracked down on violators, leading to more than 100 arrests over one weekend in 1966. Los Angeles Times photographer Harry Chase captured three youths posing on the Strip to illustrate the attempts of West Hollywood residents to incorporate the area, in part to give them power to keep the loiterers out. WeHo became a city 18 years later. And the city’s curfew? A much more modern midnight.