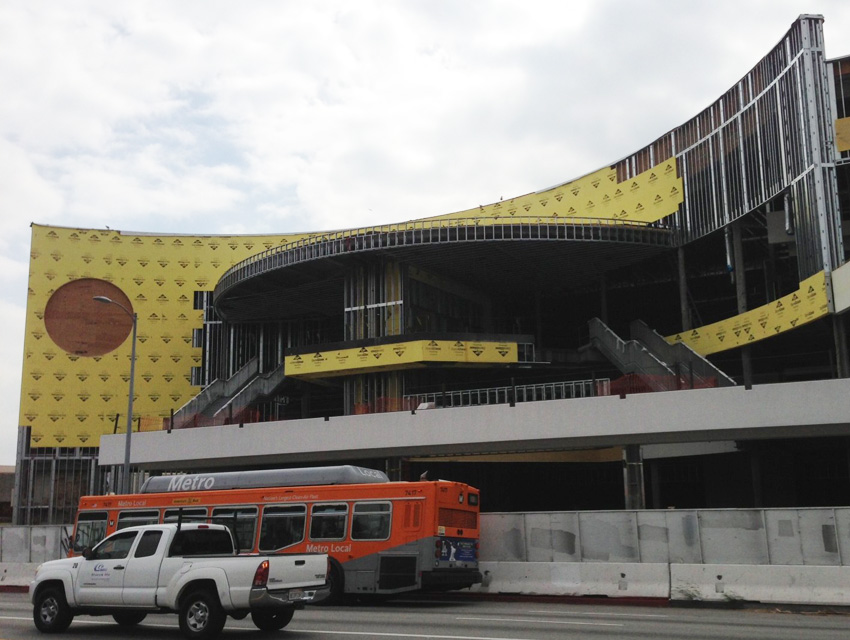 Anyone who’s traveled through the East Hollywood intersection of Sunset and Western has undoubtedly seen the giant husk of a building that looms above those streets. Nearly built but not quite finished and blocking sidewalks on all sides, the intended Target is a pockmark on a neighborhood that’s quickly improving.

Here’s the development’s backstory: Target planned to build a nearly 200,000-square-foot structure—with 163,000 square feet set aside for a Target store and the rest devoted to other retailers—that is, until a group known as the La Mirada Avenue Neighborhood Association filed a lawsuit saying the proposed building did not adhere to local planning guidelines. Namely, the group objected to the project’s height—74 feet, which is not uncommonly tall for a project a short walk from a subway station. A judge agreed with the group (whose representatives may or may not live in the neighborhood) and snatched away Target’s construction permits in August of last year—months into construction. Target and the city appealed, and the building has continued to sit silently in its depressing, embryonic state ever since.

But the store hasn’t been silent exactly; an uproarious Facebook page that deigns to speak for the sad structure launched in March. The evil genius behind the page describes him- or herself as “the sentient husk of the Target that was meant to be at Sunset and Western. Like a bride scorned, I stand dark and forlorn over your city.”

The husk could yet get its happily ever after. The Planning Department is hosting a meeting on Friday morning at City Hall (Room 1020, 10 a.m.) that could free the store from the lawsuit’s clutches. The city is looking to amend planning guidelines for the area detailed in the Vermont/Western Transit Oriented District Specific Plan, which would allow taller buildings in the area. The hearing is a first step, then a report will be filed, then a recommendation, and the whole planning commission will weigh in.

How a Fair Workweek Could Change the Lives of L.A.’s Retail Workers