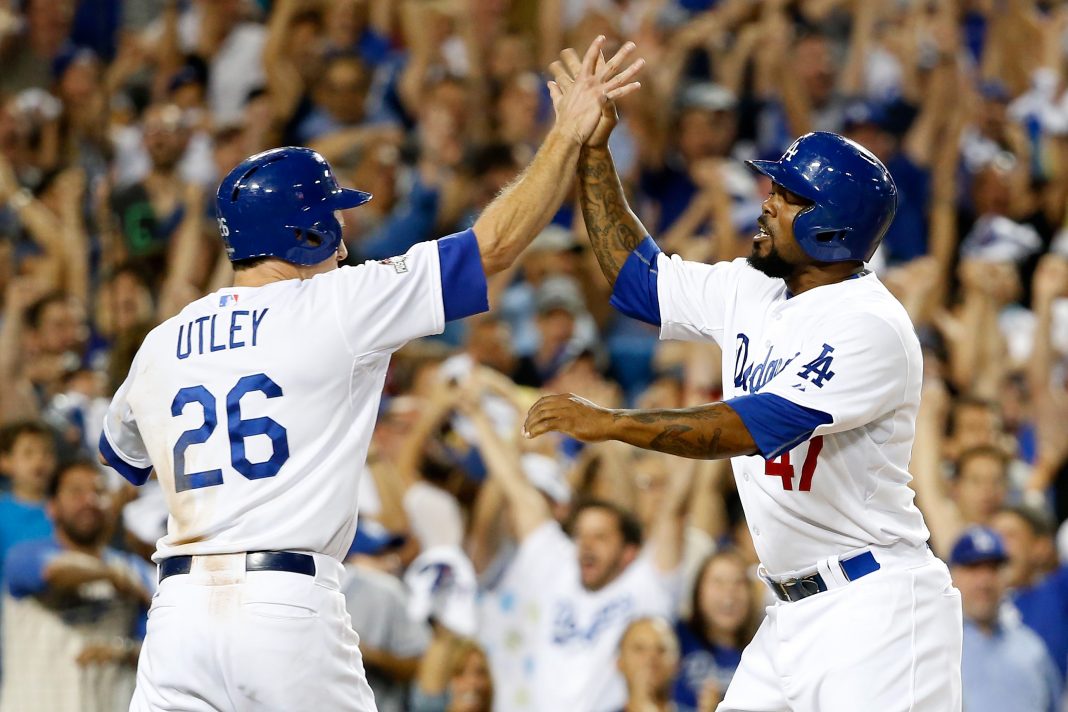 Happy National High Five Day, Los Angeles. That’s right, the third Thursday of every April is a bona fide holiday (and has been since 2002), and you have a painfully short 24 hours to give everyone you see—that hot dude on the street, the girl on your intramural softball team, your dog—some skin. But how did people start high fiving? And why? According to lore and a 2011 ESPN article by Jon Mooallem, L.A. might be responsible for one of the most universal greetings in history.

Per Mooallem, there are two high five origin stories that, despite a lack of concrete evidence, are the most feasible explanations for the slap’s invention. The one we don’t care about takes place at the University of Louisville during its 1978-79 basketball season. At one practice session, “forward Wiley Brown went to give a plain old low five to his teammate Derek Smith,” Mooallem writes. “Out of nowhere, Smith looked Brown in the eye and said, ‘No. Up high.’” The Brown/Smith yarn is corroborated by highlight reels in which players are high fiving with a fervor that only new, cool trends can bring. (Remember how excited you were when you thought you invented the “awkward turtle”? And then suddenly everyone was doing it? Imagine that on a much larger scale.) Mooallem asserts that these are some of the first high fives Americans would have seen as the school’s games were broadcast to televisions across the country.

Now on to the story we do care about: a second history of the high five suggests that it was invented right here in L.A. on October 2, 1977, by a Dodger named Glenn Burke. Mooallem writes:

It was the last day of the regular season, and Dodgers leftfielder Dusty Baker had just gone deep off the Astros’ J.R. Richard. It was Baker’s 30th home run, making the Dodgers the first team in history to have four sluggers — Baker, Ron Cey, Steve Garvey and Reggie Smith — with at least 30 homers each. It was a wild, triumphant moment and a good omen as the Dodgers headed to the playoffs. Burke, waiting on deck, thrust his hand enthusiastically over his head to greet his friend at the plate. Baker, not knowing what to do, smacked it. “His hand was up in the air, and he was arching way back,” says Baker, now 62 and managing the Reds. “So I reached up and hit his hand. It seemed like the thing to do.”

Burke then stepped up and launched his first major league home run. And as he returned to the dugout, Baker high-fived him. From there, the story goes, the high five went ricocheting around the world.

Which of these two tales is the true one? We may never know. But next time you’re at Dodger Stadium, high five someone in honor of Glenn Burke, the man who very well may have defined how we celebrate sports.