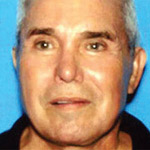 First the head was found, sniffed out in January 2012 by nine canines led by a pair of dog walkers on an afternoon trip through Bronson Canyon Park. Then came one hand—discovered by police—followed by the other. Next, the feet. Finally, a name: Hervey Medellin, a 66-year-old retired Mexicana Airlines employee who had lived near the park with his boyfriend, Gabriel Campos-Martinez. Perhaps because the victim’s name evoked the “Medellín Cartel,” a theory was floated that he was a drug mule being punished by traffickers. Detectives then looked for possible connections to the Canadian porn star and accused ice pick murderer Luka Magnotta, but the alleged necrophiliac was soon off the suspect list. An ex-lover, William Ladewig, was also questioned: Apparently feeling spurned by Medellin, Ladewig had allegedly harassed Campos-Martinez. After a polygraph, police deemed Campos-Martinez “deceitful of dismembering the victim’s body and having knowledge of the victim’s murder,” but he vanished before he could be nicked.