Home Uncategorized The Friday Afternoon Cram: Unemployment is Down, Maps are Found, and Justin... 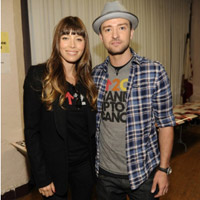 12 Unsolved Homicides May Be Tied to the Manson Family
The LAPD is trying to obtain decades old tapes of conversations between Manson follower Charles “Tex” Watson and his lawyer.
[NBCLA]

Justin Timberlake Marries Jessica Biel
He put a ring on it in a small ceremony in a town near Naples.
[People]