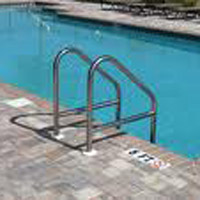 Bryan Stow Beating Suspects Plead Not Guilty
They’ll be back in court on July 24 for a pre-trial hearing.
[LAT]

Police to Crack Down on Tour Bus Parking Violations
The city is not impressed that you’re driving around rock stars.
[NBC LA]

Police Search On For Two Drivers Involved in Deadly Hit-and-Run
The accident is now a crime.
[KTLA]

Database of LA Officials Since 1850 Now Available Online
Chris Nichols, this one’s for you.
[LAO]

Stanley Cup Making the Rounds Once More
It’ll stop in Hermosa Beach for a rally on Monday.
[ESPN LA]

Archibishop’s Aide Found Guilty in Sex Abuse Case
The number of senior officials of the Roman Catholic Church to be found guilty of covering up sexual abuse of children by priests jumps up to 1.
[NYT]