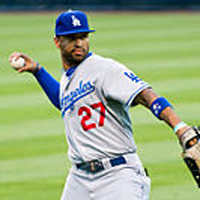 NBC LA: Garcetti to Resign as Council President
He is running for mayor, after all.

NBC LA: Investigators Plan to Talk With Captain About Natalie Wood’s Death
Citing new leads, the LAPD has reopened their 30-year-old investigation into the 1981 drowning death of Natalie Wood. Which reminds us, we are still bummed Law & Order LA was cancelled.