Home Architecture The Edge’s 14-Year Battle to Build a Malibu Compound Comes to an... 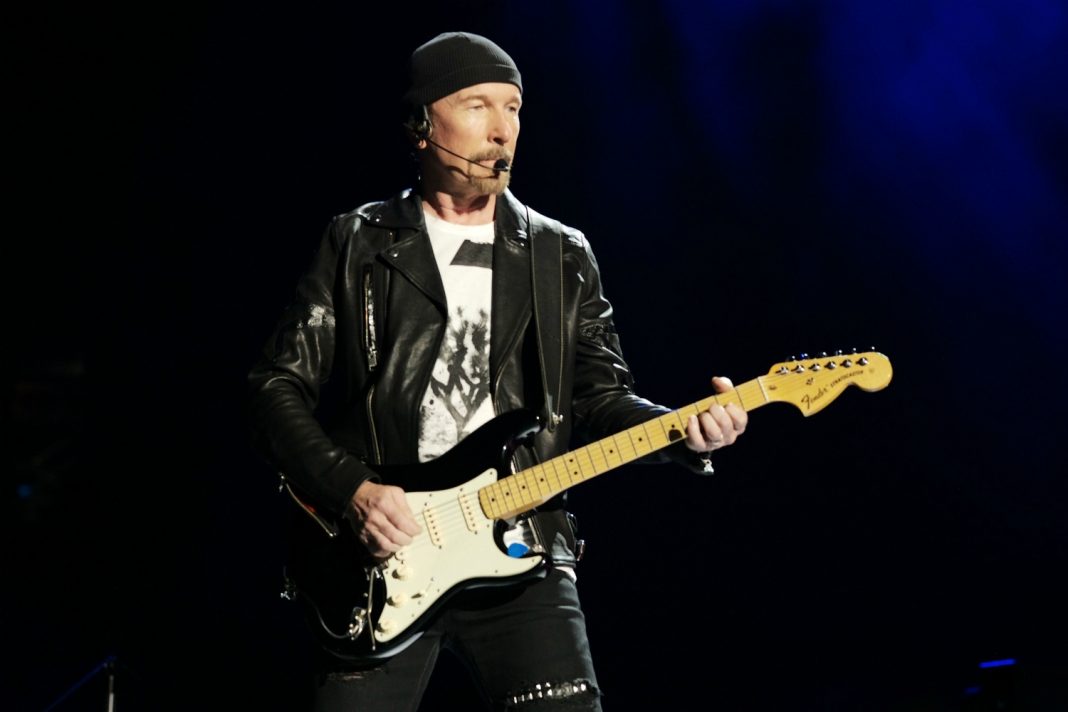 In 2005, standing 1,000 feet above the Malibu Pier and gazing west toward the infinite Pacific, David Evans and his wife, Morleigh Steinberg, knew that they wanted to grow old with this view. The vista belonged to a 150-acre tract of land perched above the Pacific Coast Highway known as Sweetwater Mesa, and as it happened, it was for sale at the reasonable price of roughly $9 million.

Evans, who plays in the band U2 under the name The Edge, would end up paying a lot more than that.

Over the next 14 years, Sweetwater Mesa became embroiled in one of the longest and most expensive development battles in the state’s history, pitting the North Dublin musician against California’s environmental regulations and dogged conservation groups. Finally, after at least 60 lawyers, lobbyists, and environmental consultants and more than 70 technical reports authored by geologists, biologists, hydrologists, archaeologists, arborists, structural engineers, and transportation engineers, the California judicial system has rejected Evans’s vision for his forever home. The final nail in the coffin came last week when the California Supreme Court decided not to hear Evans’s appeal of an earlier ruling against him, finalizing an unexpected victory for the considerably less-resourced conservationists.

Before last week’s culmination, the project charted a rollercoaster-path of victories and defeats, as laid out in part by the Los Angeles Times in 2016. The first hurdle that Evans had to clear before he could begin construction of his planned five-mansion compound was the California Coastal Commission, the agency tasked with oversight of development and public use of the state’s coastline. After assembling a team of lobbyists, consultants, and design specialists, Evans went to work assuaging the concerns of environmentalists, neighbors, and the commission.

He hired visual impact consultants to argue that the houses would blend into the hillside with minimal obtrusion. He spent $400,000 on engineering studies to allay fears that the development could cause landslides. He offered up land and $1 million for a public hiking trail.

Evans might as well have been pushing a boulder up the Malibu hillside. The agency’s longtime-Executive Director, Peter M. Douglas, issued a forceful rebuke of the plans.

“In my 38 years with the commission,” Douglas said, “I have never seen a project as environmentally devastating as this one.” Douglas argued that the five houses were too visible and the mile-long road needed to connect them to the grid would scar the land, on which grew the environmentally protected purple needle grass.

But even with the boulder at the bottom of the hill, Evans redoubled his efforts and started pushing again. This time, he launched a multi-front assault. He enlisted the services of ex-Assembly Speaker Fabian Núñez, who now works as a partner at the lobbying firm Mercury, to pass a law that would make it easier to circumvent the Coastal Commission. At the same time, he restarted the permitting process with the commission. Leading the charge: one of California’s most powerful lobbyists, Susan McCabe. While McCabe met with the commissioners, Evans gave a tour of the property to one commissioner and met with another at a stadium before a U2 concert.

Then, Evans got an unexpected opening when Douglas, who had presided over the commission for nearly four decades, stepped down for health reasons.

Enter: the Santa Monica Mountains Task Force, a local chapter of the Sierra Club. The environmental advocacy group filed suit against both the California Coastal Commission and Evans in 2016, arguing that the commission had improperly granted Evans’s permit. Led by attorney Dean Wallraff, the Sierra Club claimed that the commission had not sufficiently studied the environmental impact of the project as required by state law. Furthermore, they asserted, the development violated the California Coastal Act of 1976 by disrupting an environmentally sensitive habitat.

The suit was characterized as a long shot at the time—a prognostication that soon came true. The Los Angeles Superior Court ruled against Wallraff and the Sierra Club.

But after some consideration, Wallraff appealed the ruling, reiterating the same arguments he had made to the trial court. For that reason, it came as a surprise when the Court of Appeals ruled in favor of the Sierra Club, but not for any of the arguments they put forward. Instead, the court found that the Coastal Commission never had the right to issue the permits in the first place. The millions of dollars and years of lobbying, it turned out, had been spent in the wrong lobbies.

“Actually, both sides were surprised that the two main issues in the trial court were not the basis for the Court of Appeals’ ruling,” Wallraff says. “The Coastal Commission no longer had jurisdiction to consider the Edge’s permit application once the county had adopted a local coastal plan in 2014, which transferred jurisdiction of the permits to the county.”

Evans appealed the ruling to the state’s highest court, but the State Supreme Court only hears a fraction of the total cases that seek a hearing with them. The contested $100 million hillside mansion compound did not seem to catch their interest. By doing nothing, the court upheld the ruling by the Court of Appeals, ensconcing the Sierra Club’s victory.

If Evans plans on a round three, he will now have to seek approval from the Los Angeles County Department of Regional Planning. This means starting over from scratch and performing a full Environmental Impact Report. Then, if the project gets permitted by Regional Planning, it faces a political barrier in the form of County Supervisor Sheila Kuehl, who oversees the district containing Sweetwater. In comments submitted during the trial court proceedings, Kuehl expressed her “deep concern and opposition” to the development, which was “inconsistent” with the county’s environmental goals, she wrote.

Then if Evans manages to surmount both the Department of Regional Planning and Supervisor Kuehl, he will still face one last impediment.

“If it gets approved, the Sierra Club is very likely to sue again over those approvals,” Wallraff says, “and we’ll be back in the courts for another ten years.”

RELATED: A Malibu Posse Is Threatening to Shoot Looters, but Police Say There’s Been No Looting