Home Sports The Dodgers Did It! L.A.’s Going to the MLB Postseason Again 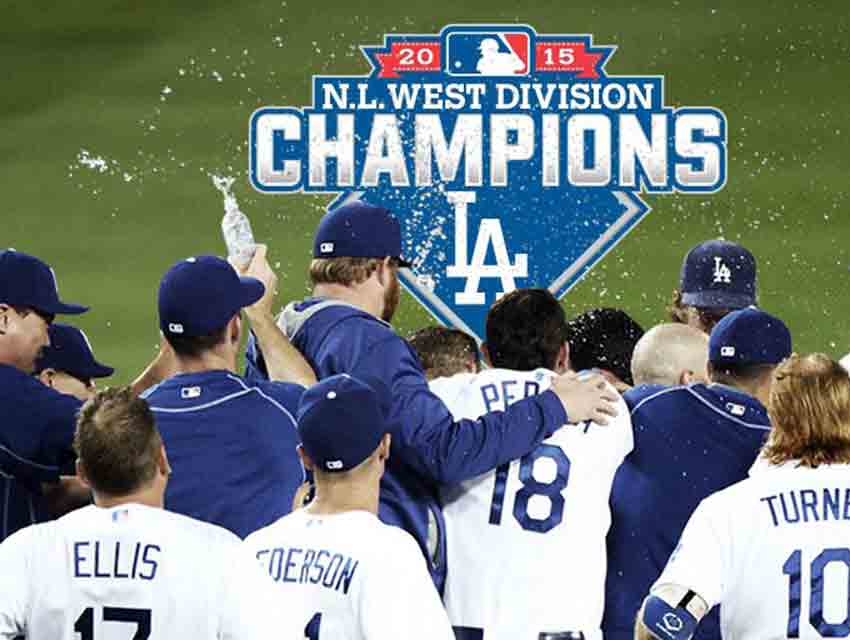 The Dodgers took home more than a victory over their biggest rival when the team defeated the Giants 8-0 in San Francisco on Tuesday night—they also took home a third-consecutive Nation League West title. Jon Weisman, the Dodgers’ Director of Digital and Print Content, was among the fans celebrating the big win from L.A. After he got a “better night’s sleep,” we asked Weisman about the game and what the postseason likely has in store

Tell me about your night. How did you experience the game?
Locked to the screen—Tweeting and watching. There had been growing tension about the fact that it was taking the Dodgers several days to clinch. I processed that differently as the days went by, and finally circled back to where I had more or less begun, which was: I really want this to happen but I am not going to despair that it hasn’t happened yet.

The Dodgers scored in the top of the first, though, so that got us off to a good start, and with each ensuing inning it got easier and more fun. Clayton Kershaw gave up two baserunners the whole game. He was only in trouble during the third inning. Every other inning he pitched was perfect. It really was—after the long season and a difficult week—as good a night as I could have hoped for.

Man, I just now stood up for the first time. I hadn’t even pumped my fist yet! #Dodgers

What was your favorite moment of the game?
They were leading 2-0, and they had really been in control the whole game but the margin was not that big. I still worried the Giants would come back. There were two outs and Justin Ruggiano was up. Madison Bumgarner got two strikes on Ruggiano, and I just said, ‘Come on, Justin!’ in a rooting way, and he hit the next pitch for a home run. That was when I thought we had it.

With sporting events, sometimes you can get a sense before the start of a game that something special is about to happen. Did you get that sense last night?
I really thought that they were going to clinch it on Monday. So whatever sense I had obviously wasn’t worth very much. I had a lot of confidence in Kershaw and I felt we were ready and due, but I didn’t know when it was going to happen.

Does entering the postseason feel different than it did the last time around?
Not terribly. With each passing year, you want to win that much more, but it’s by degrees. I’m ready for them to win every time. I’m happy every game that they win, from April to October. Last year, I really thought they were going to win the World Series. This year, I have more confidence in them than maybe a lot of fans do, frankly, but they have the burden of undoing what happened last year. I’m really looking forward to seeing Kershaw, who I think has gotten a unfair rap about his postseason performance, make that a complete distant memory.

What does the team need to do to go all the way?
The difference between the best team and the worst team in the postseason each year is smaller than people realize. What happened with the Dodgers last year and what has happened since 1988—sure they have had better teams some years than others, but every team that gets into the playoffs has the possibility of winning. Every team is capable of executing. This team can do it. So can nine others. Hopefully it’s our turn.