Home Crime The Defense Does Not Rest: A Q&A with the Original Celebrity Attorney,... 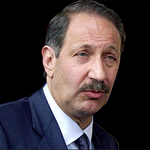 When people use the term “celebrity attorney,” chances are good that they are talking about you.
I know. And I’m not a huge fan of that term. I think it diminishes or doesn’t accurately characterize the practice. Yes, I represent a lot of people who are celebrities, but the lion’s share of this practice is for people you’ve never heard of. I’d say probably 30 percent of the cases are high profile, and 70 percent are no profile.

In Mistrial, the book you recently wrote with criminal defense attorney Pat Harris, you point to O.J. Simpson as an example of someone who was wrongfully acquitted. How did you experience his trial?
I actually had a case that, but for O.J., would have drawn some attention at the time.  It was a campaign money-laundering case involving then-L.A. city councilman Art Snyder, and we were doing constant hearings on the ninth floor right across from O.J. case when it was being tried. That courthouse was like nothing I had ever seen. At that point I had been practicing for maybe 13 years. The media presence and everything else was just astonishing.

Were you surprised by the not-guilty verdict?
No, I was not surprised by the verdict at all. When you have a detective who basically has perjured himself in front of the jury, it is my opinion that the jury did what they were instructed to do. The California jury instructions say that if a witness is materially false in one part of his testimony, you can ignore all of his testimony, and they did that. Interestingly, I think the civil jury also did what they were supposed to [in acquitting]. Because it was a lesser standard; O.J. couldn’t avoid testifying because, in a civil case, he has no Fifth Amendment right, so I think both juries got it right.

How has the experience of being a criminal defense attorney changed since Simpson was tried?
When I started practicing, being a criminal defense lawyer was thought of as a noble pursuit or profession. I think back to To Kill a Mockingbird and Atticus Finch, the TV series Perry Mason. Someone was fighting for the underdog against the oppressive arms of the government. Post-O.J. and with the advent of Court TV and what we call “the angry white blonde former prosecutor,” there has been a demonization of the defense, and I think that the pendulum has swung too far.

One of the chapters of Mistrial is titled “We Sleep Very Well at Night, Thank You Very Much,” and you admit to being invited to fewer parties.  Why do you think that is?
I think because there is a perception that if a lawyer represents a client, That you are trying to get off somebody who is guilty. The premise of that question—How do you sleep at night?—assumes guilt. It assumes the lawyer knows that someone is guilty. Someone will say, Well, what if he or she tells you that they are guilty? And I’ll respond that in virtually 70 percent of the wrongful conviction cases where somebody has been exonerated by DNA, there is a confession. People confess to things that they don’t do. I was in New York two weeks ago, and on the cover of the New York Post was a picture and article about a guy who had been freed from custody after, I think, 38 years. He was exonerated on the grounds that his lawyer thought he was guilty and didn’t do a very good job. They asked him afterward, do you have any resentment? And he said no. The only thing he has any regret over is that his parents are not alive because even they did not believe he was innocent. That tells me all you need to know. The criminal defense lawyer’s role is not to adjudicate the guilt—that’s for the jury or the judge to do. If a lawyer starts making that decision or rolling over because they think the evidence is overwhelming, then you may as well forget about it. We have no system then.

How do you cope with the public’s perception of what you do?
I recognize now, after 30 years, that it just depends. When I was representing Scott Peterson and Michael Jackson at the same time, people despised me for representing Scott Peterson and adored me for representing Michael Jackson. Mind you, I was the same person. If I started defining myself by what other people thought, not only would I not be doing my job, but I’d lose my mind.

What did you tell them to help them through that?
I counseled them about the clients. They would see that, contrary to public perception, a lot of time these people who are accused of a bad act were not bad people. I’m proud to say that my daughter accepted weeks ago an invitation from Loyola Law School to attend. So she will be the third generation of Geragoses going into law.

Speaking of your clients, you’ve defended people who have been found guilty of some reprehensible crimes. Scott Peterson was found guilty of murdering his wife and unborn child. Chris Brown pled guilty to assaulting Rihanna. Are there any types of clients you won’t represent?
I don’t have a bright-line rule that says I’m not going to represent you if you are accused of this crime. There are lawyers who do that. I don’t think that that’s ethical. If you’re a lawyer, under California law you’ve got an absolute duty to not reject a client just because they are charged with something noxious or toxic. Do you want a caveat to that? As I get older, I generally tend to want to like my clients.

Michael Jackson famously fired you in the early stages of his molestation trial in 2004. What did that experience teach you?
Behind the scenes I will tell you that I knew once they indicted Michael—mind you, I had been representing him for almost two years—the first count was conspiracy count. I knew that was directed at me, and I knew I was going to have to be a witness at that point. I was picking a jury in Peterson’s case, and I had talked to Michael and I said, Look, I know this is life or death for you, but it’s life or death literally for Scott. But I’m not going to dump a client, so you have to make a decision. I completely understood it. I ended up testifying not once but twice for Michael’s defense.

Is defending a celebrity different from defending an average citizen?
At one level it is identical. Everybody has the same kinds of fears and anxieties when they are charged with a crime. If you’re famous, you generally have a coterie of people around you who are very concerned with your image, and that can present some mental gymnastics for a criminal defense lawyer. You have to worry about the person’s posse. If somebody is infamous, that presents other kinds of problems. That requires managing the media in a different way.

In your book you say about the LAPD in the ‘90s, that they “did not invent racial profiling, but they were expert practitioners.” Would you say the department has improved in that respect?
Yes, I’d say the LAPD has improved exponentially. There are still issues, as there are in most police forces, but right now I’m dealing with a case in Utah with a police department that makes the LAPD look like saints. LAPD has just improved immeasurably. And the Sheriff’s Department, too. For as much flak as they have received, sometimes I think we get into a bubble here in Los Angeles. I’m telling you, we really have some of the most professional law enforcement in L.A., as compared to the rest of the country. You wouldn’t expect to hear that from me of all people.

What’s your overall opinion of L.A.’s justice system today?
I think the current U.S. Attorney’s Office for the Central District bench is an all-star bench. I’m not going to mention some other districts, but the Central District bench is probably the smartest and has the most depth. The prosecutors in the Central District here are really top-notch. If they are not the best in the country, they’re in the top three. As for the L.A. County District Attorney’s Office, I’ve had run-ins with them as of late. They’ve got some of the best prosecutors in the country and some of the worst. I like Jackie Lacey. I’m hopeful she is going to bring great things to her office.

People may be surprised to learn that you’re very active in the Armenian community here in L.A. Tell us about that.
I used to affectionately describe myself as a “Shish Kebab Armenian,” meaning that I only speak a little bit of the language but I am a product of four grandparents that are survivors of the Armenian genocide. I’ve become very active in the Armenian community. The L.A. community is the most vibrant, large, and tightknit community outside of Armenia. When I grew up in La Cañada, I knew I was Armenian, but there weren’t a lot of Armenians around. Now I can go into Glendale, where I have an office and go for a walk down Broadway, and I won’t hear English being spoken.

That’s Los Angeles, right?
Yep. That’s what I love about it.