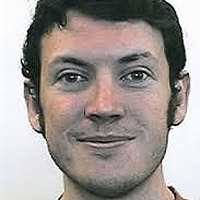 An armed gunman attacked an Aurora, Colorado movie theater this morning, killing 12 people and injuring 50 more, NBC reported. Suspect James Holmes entered a midnight screening of  “The Dark Knight Rises” with four guns—a rifle, a shotgun, and two Glock handguns—released canisters of tear gas, and then opened fire on a confused and terrified audience. The dead and wounded range in age from three months to 45-years-old.

UC Riverside has recently confirmed that one of their 2010 graduates has a name and birth date matching the suspect’s. The university said in a statement that the student named Holmes earned a BS in neuroscience, and that his last known address was in Rancho Penasquitos, San Diego. Holmes was working towards a graduate degree in neuroscience at the University of Colorado Medical School in Aurora.

President Obama cancelled campaign efforts today, telling his Fort Meyers, Florida supporters that “there will be other days for politics.  This will be a day for prayer and reflection.” Both Obama and Mitt Romney pulled political advertising in Colorado, with Romney and his wife Anne releasing a statement saying they were “deeply saddened by the news of this senseless violence.”

Holmes was apprehended and arrested in the parking lot of the theater just after the shootings.