Home Uncategorized The City of Angels To Get a Nuclear Halo 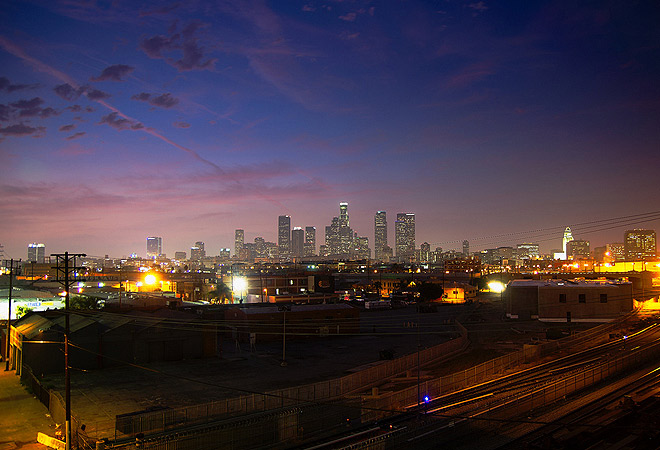 At a press conference this morning, Mayor Eric Garcetti announced that L.A. competed for—and won—an $11.4 million federal grant that will fund the creation of a citywide nuclear detection system. Don’t panic (we did for a minute. Why would we need one of those?) Apparently it’s just a precaution, the unfortunate byproduct of living in a post-9/11 world. “My primary mission is to keep Los Angeles safe. We must be prepared for every contingency,” Mayor Garcetti said. “By creating a detection halo around our region, we’ll get an early warning of threats which will accelerate response times and could help stop an attack before it begins.”

The forthcoming “nuclear halo,” which won’t be visible to the naked eye, is the result of a partnership between the mayor and the Department of Homeland Security’s Domestic Nuclear Detection Office as well as the Los Angeles/Long Beach Urban Areas Security Initiative (UASI). The grant, part of a program titled “Securing The Cities,” will go towards purchasing the necessary equipment to build a ring of detection appliances around the L.A. area.

A nuclear halo program has already been “piloted in the New York/New Jersey area,” according to Vicki Curry, Associate Director of Communications for Mayor Garcetti. “This is the first time [the program has] been put out as a competitive grant to numerous cities, but L.A. was the one awarded the grant.” Curry went on to say that physical detectors will be placed at key points throughout L.A. in an effort to expose nuclear materials attempting to make their way into our space.

Does this mean there’s an impending threat that Angelenos should be aware of? Not according to Curry. “We’re always trying to be vigilant,” she says. “There’s always more we can be doing.”