Home Crime Where We Were When O.J. Became the Suspect of the Century 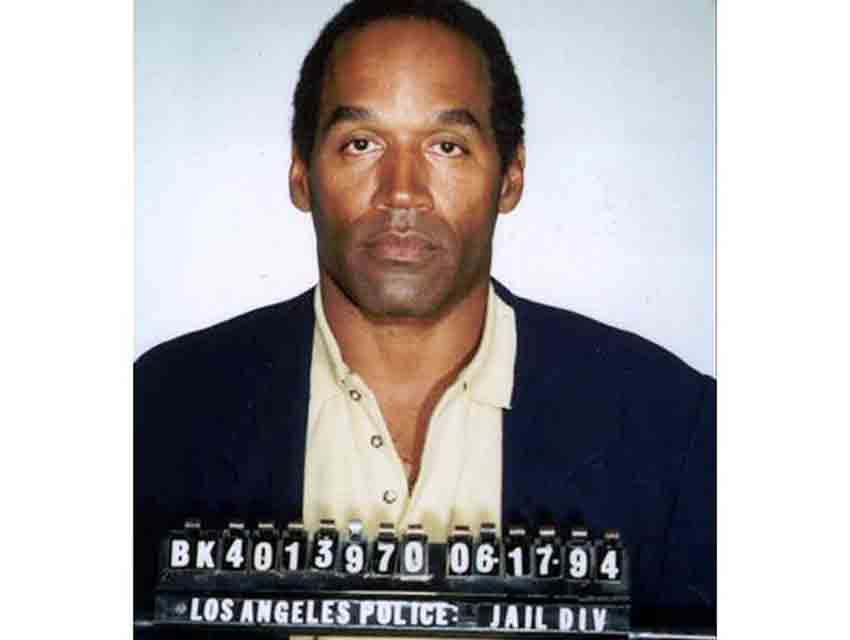 Sitting in my office at the LA Weekly. The phone rings. It was my mom. She was a frequent source of breaking news for the Weekly staff in those pre-Internet years because she listened to the radio all day. “Turn on the TV, O.J. Simpson is on the run!” I ran out of my office and yelled to no one in particular: “Mom called! They’re charging O.J., and he’s on the lam!” Before long the entire staff was gathered in the conference room and absolutely nothing else got done that day. After a couple of hours, I had to go—I was scheduled to leave town that night and figured I could follow along on the car radio as I drove up north. In Oxnard I couldn’t stand it any longer, and I pulled off the freeway to a Best Buy so I could get to the nearest TV, where I joined a large group of commuters who had done the same thing. My main memory is that all of us strangers were convinced he was going to kill himself in the car.
Mary Melton
Editor-in-chief

I was at work in Woodland Hills and didn’t even know what was happening with O.J. until I got in the car at the end of the day. (This was before the days of easy Internet roaming, of course.) I was driving over the hill of the 405, heading back to my place in Palms, listening to the reports of the chase. It was pretty crazy and utterly unbelievable. I mean, I really admired O.J. I know someone who worked with him, and I remembered being at a movie premiere he’d attended, where my future wife was standing beside Nicole at the dessert table. When I got home, I think I got “pregnant burrito” from El Nopal and plunked myself down in front of the TV to watch the circus. The same date a year later, I wound up getting married.
Matthew Segal
Executive editor

I remember being in college in San Francisco and watching the white Bronco with my roommate and boyfriend. I’d never really seen a televised car chase before—had anyone? And I remember we were glued to it, probably eating popcorn. It was probably the first time I experienced news as entertainment. But I think what defined that period for me isn’t just the television spectacle but the months afterward, particularly Howard Stern’s treatment, back when he was on regular radio. His brutal barbs and sound bites was a source of endless riffing for him (and Robin, Gary et al.). Looking back now, Stern was proto-Jon Stewart/The Daily Show and even a little South Park. For several months—maybe over a year—Stern’s show is how I processed O.J news, from the freeway chase to the trial, to his (and everyone’s) outrage at the verdict.  I can still hear O.J.’s prerecorded “I would love to!” and “Look out!”—both of which were common catchphrases, and  became shorthand for anyone who tuned in to hear him during that time.
Nancy Miller
Deputy editor

I remember listening to the verdict in the murder trial over the radio while I was working in the rare book library at UCLA. I was an undergrad, and I can still recall the faces of the full-time employees there: empty, staring, stunned. The library was a serene space, where I loved to immerse myself in antiquarian works of literature and history, and here we were being jolted by a messy, noisy, present-day drama. The place suddenly was no longer hushed or calm. It was strange.
Leilah Bernstein
Associate editor

At the time of his trial, my primary understanding of O.J. Simpson was from the Naked Gun movies and some fuzzy TV memories of him running after a Hertz rental car. I never knew him as a sports star—he was barely a two-bit comic—and so I didn’t really pay any attention to his trial in 1995. Twenty years later, I can’t even remember where I was when I watched the Bronco chase, even though I know exactly where I watched every episode of Beverly Hills 90210 that season. It’s not like me to forget, but O.J. had never made much of an impression on me to begin with.
Chris Nichols
Associate editor

I had two friends who lived in the same apartment complex in Brentwood.  I just happened to be over there when the verdict came in, and a bunch of us gathered around a TV. We were just minutes from all of it. It was creepy for everyone. We could have been anywhere in the city, but we were practically within walking distance of Nicole Brown Simpson’s condo.
Julia St. Pierre
Production director

I was in the eighth grade in 1995. The verdict came in during my second period class, which was history with Mr. Hill. Mr. Hill was a war veteran who suffered from chronic pain, which made him temperamental. His unpredictability made him scary to some students but endeared him to me. When word spread that the jury had returned, Mr. Hill ditched the lesson plan for the day, went down the hall to find a spare TV, and then wheeled it into our classroom. It was striking to see him do something so physical, and it proved how important he thought it was for us all to see the news reports live. Mr. Hill passed away years ago, and I think of him regularly on two occasions: Veterans Day and whenever O.J. Simpson is back in the news.
Shayna Rose Arnold
Online content manager

If I were taken into custody and questioned about the night of the Bronco ride or verdict, I’d have no alibi really. I have no idea where I was. This may sound like cultural blasphemy, but I didn’t follow the case at all. I saw it as a celebrity gone bad, the kind of story I don’t care for. When O.J. was found not guilty, it turned into a story about fairness and the judicial system and race relations. I don’t need to live in the moment to understand the importance of an event. I was happy to read analysis from smart journalists weeks, months, or years after the fact. First drafts of history are usually imprecise, so I’m willing to wait.
Eric Mercado
Research editor

I was a high school student in suburban Northern California. I remember wondering, “Why is this guy such a big deal? Why does anyone care that much about him?” I still wonder.
Elina Shatkin
Senior editor

On the day of the infamous car chase, I was 12. It was the day before I turned 13. I remember this so vividly because it was my birthday, or so I thought. I remember being slightly upset, like O.J. was taking attention away from me! It was just another summer day where I did nothing but plop in front of the TV. No one else was home. My parents were working and my older sister was at summer school or something. Then the news “interrupted” my important TV watching with reports that a white Ford Bronco being driven by someone who was probably O.J. Simpson holding a gun to his head was being chased by the police. It was really surreal and more so because I was all by myself. Admittedly, I loved every minute of it. Then after that, it was O.J.-all-the-time on TV.
Annie Hong
Senior art director