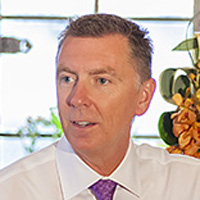 “Our problems are not just about money. It’s about a disbelief in the kids.”

The dilemma facing the Los Angeles Unified School District goes well beyond lack of funds. (Though that’s a problem, too.) Our schools are suffering from an overall, unprecedented deterioration in infrastructure—a breakdown that the district’s Superintendent John Deasy is desperately trying to fix. Over breakfast and mimosas this morning at the Roosevelt Hotel’s (aptly named) Public Kitchen, Deasy fielded questions for over an hour in a Q&A with Los Angeles Magazine’s Editor-in-Chief Mary Melton at the mag’s Breakfast Conversation Series (sponsored by Pepperdine University). This particular chat was timed with the mag’s year-in-the-making profile on the Superintendent in the September issue.

The fireplug Sup discussed everything from his biggest obstacles, which include a district where 30,000 youth are homeless and students die from their family’s inability to afford a dentist to people’s “disbelief in kids” to lackluster fundraising. “L.A. is the most different place from any I’ve encountered. It is not that people are not generous, they are just interested in other things.” He also touched on unions (“a laugh riot”), the school board, the teacher’s strike in Chicago, the Miramonte child abuse scandal, and the higher scores on AP exams that kids are now achieving. How to engage a disinterested public? “I want the kid who sticks the needle in my arm at the nursing home to know what they are doing.” So do we.