Home Uncategorized The Weekend Longread: An In-Depth Look at “Birth Tourism” in L.A. 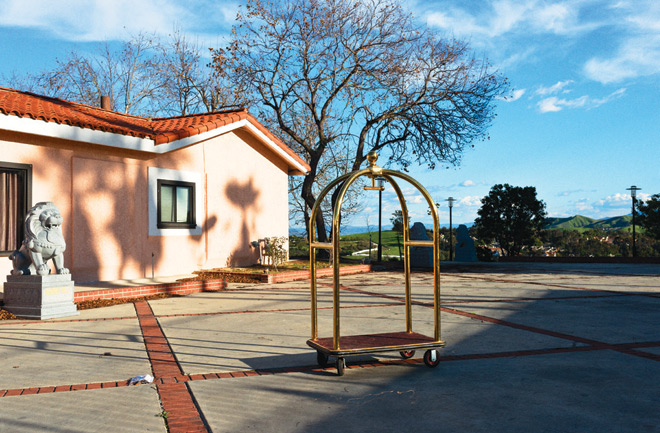 The FBI has started to crack down on several Chinese maternity hotels in the Los Angeles area. Here is a deeper look at the phenomenon known as “birth tourism,” which originally appeared our January 2014 issue.

For Alexis and Andy, who own a successful e-commerce business in China, it was never about whether they’d have a second child. They are in their early thirties, the parents of a four-year-old boy. Since both are single children, they could have two kids under the country’s long-standing one-child policy (Alexis became pregnant before China broadened the exception, requiring that just one parent need be a single child in order to qualify). Still, they didn’t think twice about coming to the United States to give birth to their second child. They have the means and the time. “We want our kid to be born here,” Alexis says. “We want to give her more options. I don’t know if we want her to stay here yet. We have to first find out how things are here. If anything, we are treating these three months as a vacation.”

Alexis and I had been chatting for months via QQ, the popular instant messaging app in mainland China, before the couple’s plane touched down at LAX. Two days later we meet at Atlantic Times Square, a newish apartment complex/mall in Monterey Park, a part of the San Gabriel Valley where as many people speak Cantonese or Mandarin as they do English. Handsome and urbane—she’s sleek in a gray wool sweater and tight black pants, her belly barely there though she’s five months pregnant, while he’s in a pair of drop-crotch pants and a well-cut polka-dot jacket—they are an advertisement for the young Chinese jet set. Which can make their talk about “more options” seem puzzling on the surface.

But as Alexis and Andy (not their real names) talk about Bo Xilai, a onetime political darling in China who was convicted of corruption and for covering up the death of a British businessman, another reason for their decision emerges: anxiety. One day you can be on top of the food chain in China; the next day you could lose everything.

That anxiety, which afflicts many in that country’s middle and upper classes, has helped fuel massive investment among Chinese nationals in the L.A.-area housing market. It has also driven a thriving underground economy here centered on maternity tourism, where a pregnant woman travels to this country to give birth, thereby establishing U.S. citizenship for her child. In both cases people are hedging their bets. Southern California’s postcard weather, its large Chinese community, and its status as the closest major U.S. metropolitan area to China are all selling points. Not only that, the region has cachet.

Most of what Andy and Alexis needed to know about having their baby here they found on message boards that serve as a kind of Craigslist or Yelp for maternity tourists and those who want to profit from them. Moms and dads trade cautionary tales, success stories, gripes, and recommendations. Need a rental car for three months? A woman to help cook and clean during the month of postpartum rest and relaxation known in Chinese culture as zuo yue zi? How about a reliable ob-gyn or hospital in L.A. that accepts cash? Perhaps a place to live, too? It can all be arranged, no middleman necessary. Ads peddling different services flood these sites. In many cases people wind up at so-called maternity hotels—apartment complexes or single-family homes where services can be consolidated and tenants, typically women who come to L.A. solo, pay for safety in numbers and peace of mind.

Although most of the tenants are usually here somewhat legally—they simply claim on their visas to be on vacation—lawmakers have begun to clamp down. Last year Republicans in both the House and Senate introduced separate bills that would deny automatic citizenship to children born to noncitizens in the United States, a move driven partly by the explosion of Asian birth tourism in L.A. Both versions have been stuck in committee.

Locally Los Angeles County supervisor Don Knabe has put together a multiagency task force to regulate the boarding homes that have cropped up in his district, especially in Rowland Heights and Hacienda Heights. Altogether it has received close to 100 complaints of suspect homes.

Having several pregnant women stay on your property isn’t necessarily illegal, however. The L.A. County task force defines a “maternity home” as any single-family residence that rents to five or more pregnant individuals. Landlords need only reduce the number of their boarders to four to pass muster, according to Alejandro Garcia, a supervisor in the Department of Regional Planning, one of the participating agencies in the task force. So far, of the 28 residences the task force has deemed maternity homes, 18 have been shuttered. “We’ve seen a three-bedroom house that has been converted to as many as 15 bedrooms,” says Garcia. But that was the exception. “They are nice homes in nice areas. You wouldn’t know from the outside that they are boarding homes unless you went inside.”

That’s only one aspect of the task force’s challenge. Trying to regulate an underground economy in such a vast area can be an exercise in frustration. “They are a very mobile group,” Knabe says of maternity tourists. “If we close it down here, they move somewhere else. At the end of the day, it’s not a racial issue. It’s not a Chinese issue—they have Korean maternity hotels, they have Russian hotels. It’s a quality-of-life issue for neighbors, and it’s about the safety of the mothers and children,” he tells me.