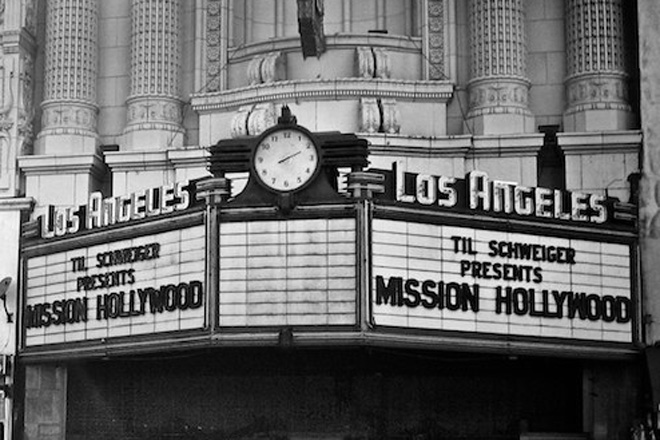 The movie theater business should really be at death’s door. It’s an aging industry that’s been run more or less the same way for generations, and it’s competing with a host of technologies (smart phones, tablets, home entertainment systems, et cetera) and distribution channels (cable, DVDs, Netflix, Amazon, Hulu, et cetera) that make it unnecessary to schlep to the multiplex at a set time, only to confront some chatterbox in the next row. Put it out of its misery, right? Yet more than 1,000 tweens from all over the city—and quite a few from other states and even other countries—were camping out last fall to get a seat for the opening of The Twilight Saga: Breaking Dawn—Part 2. The movie generated $141.3 million in its first weekend alone, bringing the take from the five-part series to around $3 billion and helping push domestic ticket sales in 2012 to $10.8 billion.

That’s the surprising thing: The major chains continue to do reasonably well in overall revenue, and the stock prices of the two largest publicly traded companies, Regal Entertainment Group and Cinemark Holdings, are at or near their 52-week highs. Much of that strength, however, comes from rising admission prices and big-budget, multiple-picture franchises. Of the ten top-grossing films last year, five were sequels of some kind (and that doesn’t include the James Bond film Skyfall, which, it can be argued, is the 23rd sequel in that series). “There has been a real concentration by the studios on tent poles, and they’ve sort of moved away from other movies,” says Patrick Corcoran, director of media and research at the National Association of Theatre Owners, a trade group. “That’s hazardous for the industry.”

Of course theaters have faced adversity before, most notably in the 1950s with the advent of the television networks. When admissions plummeted 27 percent from 1950 to 1959, industry leaders urged Hollywood to focus on blockbuster adventure films as a way of differentiating between the two entertainment formats (The Bridge on the River Kwai was a big deal when it hit screens in 1957). Decades later came audience declines due to the explosion of VHS cassettes and DVDs, though after each setback the theaters recovered. Maybe this time will be the same. But the industry dynamics have changed: Visiting the neighborhood multiplex is no longer a priority because there are simply too many other ways to watch a movie. In fact, only 26 percent of a typical film’s revenue is generated at the box office; the remaining 74 percent comes from DVD sales, pay-per-view, premium cable, cable, and network television. Still, it’s a critical 26 percent, considering that initial buzz determines success on the other platforms. This is leverage the industry clings to, despite efforts by the studios to shorten the theatrical window to weeks instead of months. “What I like is having an experience that I can’t duplicate at home,” says USC business professor Mark Young, who studies the management techniques of entertainment companies. “So when you see a blockbuster on a giant screen in 3-D, no matter how good your home television, it’s very hard to duplicate.”

Theater economics are not easy. Converting to a digital projection system runs an average of $100,000 per screen. Adding 3-D is another hefty expense. Ticket sales provide only so much help in underwriting those costs because of the skewed way in which the box office take is shared. The business model has movies leased out to theaters, with the distributing studio receiving the lion’s share of revenue—as much as 80 percent—during the first two weeks of release. That’s when moviegoers usually want to see the film. By the time theaters begin picking up a greater percentage of ticket sales, most of the audience has moved on to the next blockbuster. Charging a fortune for popcorn and soda is the traditional way of recouping what was given up to the studios.

For me, going to the movies has become more trouble than it’s worth. I feel bad about that because weekend trips to the Century City or Landmark multiplexes were part of my routine for years. When the movie was special, there would be that shared experience of laughing, crying, and cheering with hundreds of strangers. But the talkers got the better of me. Rudeness is hardly a new problem—I came across a 1950s-era theater clip that begins, “How about it, kids, are you giving us a fair break? We’ve tried to keep you fair and square, but unnecessary noises and disturbances drive away adults. And we need adult trade to stay in business.” Patrons are still asked to be quiet, but as Corcoran acknowledges, “we’re a bit cruder and more self-involved than we used to be.” My breaking point was a couple of years ago, when a middle-aged couple in front of me kept chatting loudly, oblivious to the distraction they were causing. After I leaned over and asked them to keep it down, the man responded with a profanity and the woman began throwing popcorn at me. Today’s movie complexes are so large—and their staffs so spread out—that it’s pointless to seek assistance.

Amid Hashemi often hears these stories. He’s spent the last 25 years operating theaters that provide a more comfortable—and quieter—experience. “It’s your whole night out in one place in a great environment,” says Hashemi, who is chief executive of the Boca Raton, Florida-based iPic Entertainment, a chain of ten high-end multiplexes that combine dining and moviegoing. iPic already has a location in Old Pasadena and later this year plans to open in Westwood at the site of the former Avco theater. Except that instead of 2,200 seats, the new complex will have only 430—all La-Z-Boy-type chairs. iPic’s premium tickets, which can cost almost $30 depending on the theater and time, allow you to order food at your seat before and during the show (Angus burger sliders are $15; fajita quesadillas, $14; four-cheese flatbread, $13). Nonpremium seats near the screen of some auditoriums are about $10 cheaper, but they don’t recline or come with individual service. “A lot of people are trying to copy this, but they have fallen on their faces because they don’t get the concept,” says Hashemi, who operated two small chains before iPic. “This is all about service. If I’m charging you $24 or $28 a ticket, I raise your expectations so much that I better jump over them.”

At a conventional movie complex, auditoriums must be large enough to accommodate weekend business. During the workweek, however, they’re mostly empty, especially in the suburbs, where families are too busy to see a film. The average movie seat is occupied only 15 percent of the time; Hashemi says iPic’s percentage is several times that level. More customers, along with higher ticket prices and additional revenue from food and drink, offset having fewer seats. The key is to concentrate in urban areas, where young singles and older adults are more likely to see a movie at any time. Another must is having adequate staff, much like a restaurant. While that means higher labor costs and lower profit margins, Hashemi says the privately held chain is well capitalized and has been making money. Last fall even AMC Entertainment began experimenting with the dine-in approach at its Marina del Rey location. Tickets for evening shows are $17.50, with seats that are smaller and closer together than iPic’s.

Both concepts are the logical extension of what ArcLight Cinemas has been doing for a decade now. A unit of Pacific Theatres, it’s become one of the area’s premier chains by providing touches that are usually reserved for live theater venues, such as reserved seats, a bar in the lobby, a food selection that goes beyond popcorn and hot dogs, and an engaged crew of ushers. The ArcLight’s 14-screen Hollywood flagship, next to the Cinerama Dome, is among the highest-grossing theaters in the United States, perhaps because tickets are only a buck or so higher than at standard multiplexes. (Four other ArcLights have sprung up in the region since the original complex opened in 2002.) No wonder similar setups have been embraced by Landmark Theatres, which is co-owned by Mark Cuban and Todd Wagner, and Robert Redford’s Sundance Cinemas. All of these venues are actually following the lead of theater impresario Walter Reade, who in 1946 introduced a ritzier approach at his stately Park Ave. Theatre in New York. For an annual membership fee moviegoers enjoyed oversize chairs, hearing aids, and phone service at their seats. The concept lasted only a year, but maybe it was just ahead of its time.

When I told Hashemi that I’d be checking out the iPic in Pasadena, he half apologized, pointing out that the complex had been acquired from another chain in 2010 and lacks the sit-down restaurant that will be available at the larger venue in Westwood. Actually, the Pasadena iPic was pleasant enough. The cushy recliners were a comfortable distance from one another, and my wife and I received “free” popcorn along with a pillow and blanket (with assurances that they had been cleaned). Servers were everywhere, which made ordering a snap. That said, we were spending $58 to see the only so-so Denzel Washington action movie Flight. Throw in parking and dinner, and we were up to $175—and I still heard a guy in front of us murmuring during parts of the film.

Searching for high-end customers only gets you so far. Chains must also figure out how to make money when The Avengers, The Hunger Games, and The Amazing Spider-Man are no longer in release. With studios wanting to move films out of the theater as quickly as possible, the pressure will intensify. One obvious need is consolidation: There are roughly 39,000 screens in the United States, and that number has to drop—both through the closures of older, single-screen auditoriums and the consolidation of suburban, mall-adjacent behemoths whose leases have become too expensive. More important, the entire moviegoing experience must be revisited. Some ideas worth considering: allowing texting in designated portions of the auditorium, introducing location-based pricing (with middle and upper rows costing the most), and reconfiguring multiplexes so there are four mega theaters instead of 12 smaller ones.

Ultimately, though, it always comes down to the movies themselves. “The brain trust in Hollywood seems committed to playing a game of diminishing exhibition returns and appears ready to write off huge swaths of the ticket-buying public,” says Michael Hurley, who operates the BigScreenBiz Web site for movie theater owners. “You can bet that the same people who spent $150 million to make Mars Needs Moms have crunched the numbers and believe they can live with a lot fewer theaters in this world.”

A Feline Furry at Comic-Con Reacts to the “Cats” Trailer