Home Science A New Study Suggests the ‘Big One’ Might Be Less Destructive in... 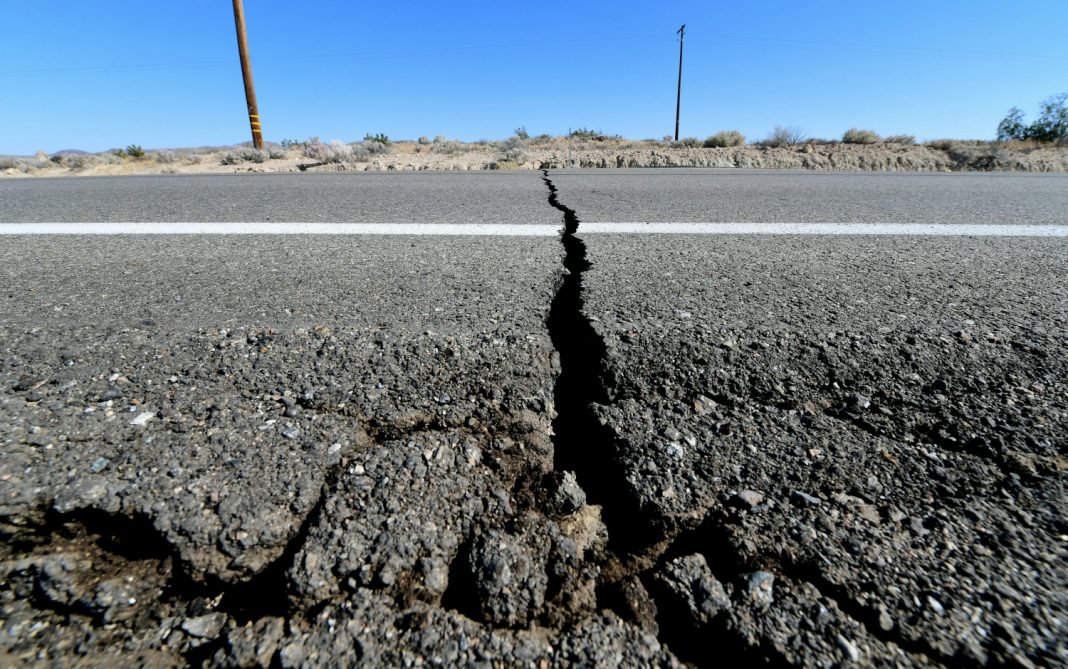 Los Angeles is a big, diverse city, but you can bet there’s nary an Angeleno who goes longer than a week or two without wondering in passing how they’ll meet their doom when the Big One hits. A new study in the peer-reviewed journal Science Advances suggests that the catastrophic earthquake that looms large in our collective unconscious might not wreak the sort of havoc on the region we’d long been warned it would.

The study, by San Jose State University earthquake geologist Kimberly Blisniuk, indicates for the first time ever that there’s a very good chance that a lot of the force of the 7.8-or-greater Earthquake that’s bound to hit the San Andreas fault will disperse into a tendril of the fault that will do less damage to L.A. than scientists previously thought.

In sum, old models of the Big One assume drastic tectonic plate shifts will send the worst shakes along the Banning branch of the San Andreas, which runs through Palm Springs straight into the heart of L.A. But Blisniuk’s years-long study presents piles of evidence that the branch most likely to drastically shift is the Mission Creek Strand, which runs parallel to the Banning Strand but closer to those beige mountains on the north end of the Coachella Valley. Crucially, Mission Creek’s fault ends—yes, ends—near the Indian Canyon exit of the 10 interstate. If the quake follows the Mission Creek strand, that could mean less death and destruction in the region.

The news was buried in the second sentence of a photo caption that appeared on the L.A. Times’ site on Wednesday: “A new study suggests the long-awaited Big One may do less damage to the Los Angeles area than previously thought.” Assuming the peer-reviewed study is reliable, the story’s headline—“L.A.’s biggest quake threat sits on overlooked part of San Andreas, study says. Why that may be good”—sort of undersells the takeaway.

Seismologist Lucy Jones, L.A.’s go-to expert and voice of reason on all tectonic matters, was guardedly optimistic. Jones and her team of scientists are behind the so-called ShakeOut Earthquake Scenario, which predicted a big quake on the San Andreas might result in more than 1,800 deaths and 50,000 injuries.

“That’s a significant reduction in risk for L.A. if this is true,” she told the Times of the new study, adding, “This is a piece in an ongoing debate and not yet completely resolved—probably won’t be, until we have the earthquake.”

So while Blisniuk’s research certainly offers a glimmer of hope for anxiety-addled Angelenos, scientists are wary of getting ahead of themselves. Caltech seismologist Thomas Heaton told the Times that while it “looks like it could be a landmark study,” the earth is going to do what the earth wants to do.

“It would almost be a surprise to me as a scientist if the real earthquake, when it happens, plays out in a way that’s really close to what we imagined,” he said. “The earth is always surprising us—it’s always reminding us that we need some humility in this business.”