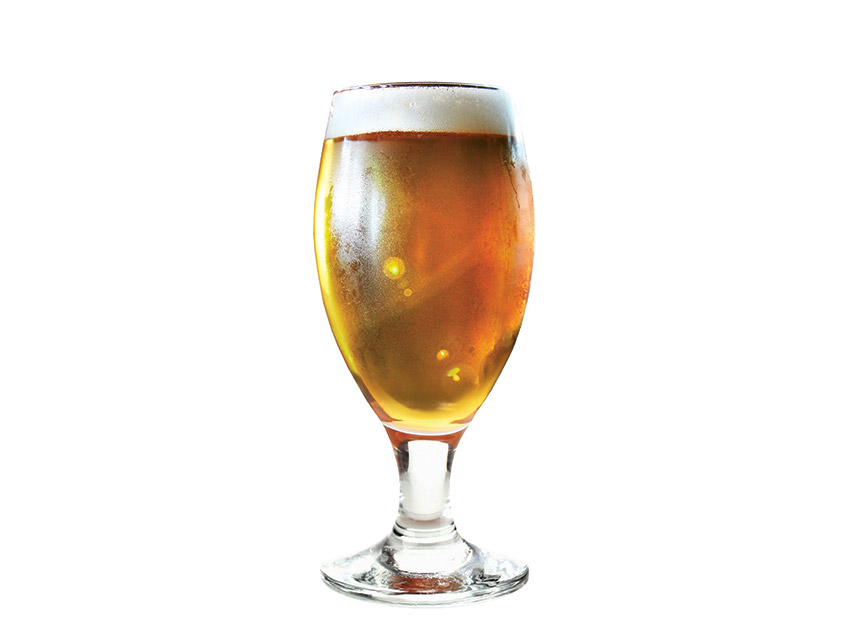 3 For The Road: Where to Drink Nearby

Wolf & Crane
Tired of ten-ingredient cocktails squeezed into four-ounce glasses? You’ll enjoy the simple approach at the Little Tokyo bar that serves its spirits mostly with soda, on the rocks and in a highball glass. » 366 E. 2nd St., 213-935-8249.

Eat.Drink.Americano
The chalkboard walls and exposed-wood beams decorating the two-year-old gastropub add some spot-on ambience to the neighborhood, as does the extensive California craft beer and wine list. » 923 E. 3rd St., 213-620-0781.

XLanes LA
Calling it a “bowling alley” doesn’t quite capture the 50,000-square-foot entertainment complex, which features private karaoke rooms, nine billiards tables, and an arcade. Factor in the full bar, with 25 beers on tap, and you may never leave. » 333 S. Alameda St., 213-229-8910. Hills Bros. Building
635 Mateo St.
San Francisco-based Hills Bros. Coffee built its headquarters here in 1929, just half a block from Nabisco’s headquarters, whose offices became the Biscuit Lofts in 2007. The Moorish for­tress has been a popular TV and film location for decades; it made a gritty appearance on CSI: NY and had a cameo in Child’s Play 2, starring Chucky, the freakish doll.

Which streets define the arts district?
The specific boundaries were codified in 2007: A rectangular section—just east of Alameda Street, north of 7th Street, south of the 10 freeway, and bordering the L.A. River—is mapped out as the arts district. Some people home in on the more established blocks around 3rd Street and Traction Avenue as its epicenter.

When was its industrial heyday?
The factories were built in the 1870s and kept humming until after World War II, when manufacturing moved a few miles south. A loft development on Factory Place once housed a fish smokery. The L.A. Art Share building, on Hewitt, was a rag factory. The Robert Arranaga produce company, which sold crates of lettuce, is now Angel City Brewery.

When did the area become an artists’ enclave?
Beginning in the early ’70s, artists looking for lots of space and cheap rent moved into the empty industrial buildings. Steve Seemayer, a painter and longtime resident, remembers paying five cents per square foot for the third floor of a display-case factory. In 1981, the city passed an “artist in residence” ordinance, legalizing the use of creative live/work spaces. As interest in the vintage buildings grew, real estate developers began converting factories into pricey lofts for non-artists, who coveted open floor plans, large windows, and exposed-brick walls.

Do artists still live there, or is it now filled only with rich poseurs?
A creative class is thriving, but the days of the starving sculptor who has 30,000 square feet are long gone. The area around 7th and Mateo streets skipped the raw-artist moment entirely, going from abandoned loading docks to a trendy neighborhood with a Handsome Coffee Roasters. You’ve done the Art Walk, the gallery tour, and the bar crawl. There are plenty of arts district spots you should experience next, from creative spaces to grown-up arcades.

Poketo
Nearly a decade after establishing a quirky design firm that became famous for its funky foldover wallets, Angie Myung and Ted Vadakan opened a shop full of bright, playful tchotchkes and housewares. Claire Vivier clutches are displayed along with colorful notebooks and commissioned items from a roster of international artists. » 820 E. 3rd St., 213-537-0751.

Woo Souvenir Shop
Staci Woo launched her line of sandals, soft cotton and linen loungewear, and children’s threads in 1997, but she didn’t open her storefront until late 2013. Located on a side street, the place is easy to miss—but Woo’s mostly California-made finery is hard to forget. » 209 S. Garey St., 213-687-4800.

Apolis: Common Gallery
Whether it’s leather sandals made in Israel, scarves woven in India, or messenger bags constructed in Uganda, this shop feels like a global bazaar and acts like one, too. Brothers Raan and Shea Parton, who founded the business in 2004, partner with manufacturers from around the world to connect stylish menswear with sustainable commerce. The space also hosts exhibitions and lectures. » 806 E. 3rd St., 213-613-9626.

The Unique Space
After turning Unique L.A., a marketplace for independent artisans, into one of the city’s most popular biannual events, Sonja Rasula wanted to foster a more permanent community. She turned an 18,000-square-foot building into a creative hive, with 14 studios and enough room for 60 people to work. » 1275 E. 6th St., 213-486-9821.

EightyTwo
Go full tilt at the pinball machines or relive the glory of 16-bit graphics with a round of Centipede at this new arcade (top). The place offers 40-plus old-school video games, where you can relish one of childhood’s greatest pleasures while sipping an adult beverage from the full bar. » 707 E. 4th Pl., 213-626-8200.