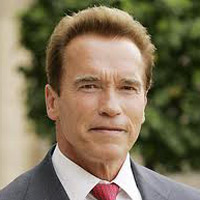 While the Los Angeles Times should be congratulated for its scoop about Arnold Schwarzenegger’s love child, it still must be said that the paper has just uncovered perhaps the least shocking scandal in Hollywood or California political history. If these kinds of allegations were directed at Tom Hanks or Will Smith, or Gray Davis or Jerry Brown, then we’d have a real scandal on our hands, but Schwarzenegger has never made any secret about his compulsion to dominate by whatever means necessary—including a lot of betrayal—whether in bodybuilding, acting, or governing. While in Sacramento, he jilted the Assembly Republicans on fiscal austerity and taxes after his hard-line agenda against state workers and nurses crashed at the polls. Though he had once served as world ambassador for the Special Olympics, he showed no scruples about wiping out state funding of mental health services that special ed kids had relied on for the past 25 years. Who was he loyal to as governor? To Chevron, who donated over $1.25 million to Schwarzenegger to fund his political battles, even as the governor helped defeat an oil severance tax that would have given our near-bankrupt state a new multibillion-dollar source of revenue, just like the one Sarah Palin approved when she was governor of Alaska. And of course, there’s that repulsive dividend he paid to former house speaker Fabian Nunez, who helped Schwarzenegger salvage his governorship by repositioning himself as a moderate. On his last night in office, Schwarzenegger commuted a 16-year manslaughter sentence for Nunez’s son Esteban down to seven. Schwarzenegger reasoned that Esteban didn’t deliver the fatal stab to the chest that killed college student Luis Dos Santos after Esteban and his buddies, denied entrance to a frat party, began attacking with knives. Of course, Esteban did stab another one of the victims in the back and the stomach. Schwarzenegger later said he was content with the decision, although he couldn’t seem to believe how thick were those people who kept asking if his friendship with Nunez had anything to do with him cutting Esteban’s jail time by more than half. “Well, hello!,” the ex-governor said. “I mean, of course you help a friend.”

Certainly, the power balance between Schwarzenegger and his household staffer couldn’t have helped being uneven, the way Schwarzenegger has always seemed to like it. But if their relationship was in fact consensual, then it wasn’t nearly so bad as the breast and buttocks groping that six women alleged he had inflicted on them when he ran for governor in 2003—a bit of unpleasantness that Maria Shriver defused on the Oprah Winfrey Show during his first gubernatorial run. More than anyone that public life has inflicted on us over the years, we knew what we were getting with Schwarzenegger. The narcissism, self-aggrandizement, and willingness to step on as many bodies as it took to rise from childhood obscurity in an Austrian hamlet to where he is today—he didn’t even bother covering it up with the thinnest veneer. And why should he have, since until he became governor at least, an audience of hundreds of millions seemed to enjoy watching him pump himself up into ever more egregious proportions almost as much as he did? Perhaps with this non-revelation, Schwarzenegger will acquire some belated sense of shame, and have the decency to at least place a fig leaf on his id which, like the rest of him, isn’t getting any younger. But don’t bet on it.

Also read: The Rise and Fall of Governor Arnold Schwarzenegger by Ed Leibowitz