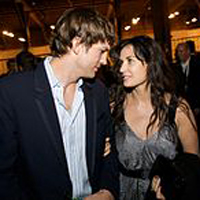 LA Times: ‘Orchestrated’ arrests in downtown L.A. protest, police say
After a half hour of talking, police in riot gear arrested 23 protesters who had locked arms in the middle of Figueroa Street, starting with 82-year-old union member Bertha Jordan. The situation has become increasingly challenging for the Occupy Wall Street movement nationally, but the existence of an 82-year-old liberal isn’t exactly good for the Republican Party, either. Related: The AWL: 26 Arrested Reporters and What They Do

LAist: 50 New Pocket Parks in Los Angeles Will Open Over the Next 2 Years
Mayor Villaraigosa is seeing green.

People magazine: Demi Moore, Ashton Kutcher to Divorce
Kutcher responded to a statement put out by Moore via Twitter, naturally.