Home Politics That Other Election 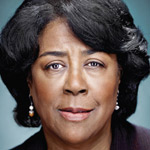 When Jan Perry abruptly quit her post as city council president pro tempore in November, she said she couldn’t tolerate the backroom dealing and insider culture of Los Angeles politics. But the knock was hardly a repudiation of city government: Perry wants to be your next mayor. Though she complains about a lack of openness, she has no illusions about how sausage gets made at City Hall. For more than a decade Perry has represented District 9, which includes some of the roughest parts of South Los Angeles as well as many of the downtown developers who provide the financial juice to city politics. No surprise then that Perry is a proponent of big development projects, such as the proposed Farmers Field next to the convention center, which she sees as the best hope for denting the city’s high unemployment rate. The only African American woman on the city council, the 56-year-old, who is also a convert to Judaism, was raised in a political family. Both of her parents served as mayor of the Cleveland suburb where she grew up before attending USC. Between now and the March 2013 primary she’ll be vying with fellow council member Eric Garcetti, city controller Wendy Greuel, and former deputy mayor Austin Beutner, among others, for your vote. We recently spoke with Perry and—cheeky of us—asked that she keep her answers to under a minute.

When did you first come to Los Angeles?
It was 1974. I came here with the Ohio State alumni association for a Rose Bowl game. I looked up at the mountains, and I saw the snow and the blue sky, and I thought this place was just Shangri-la. I was coming from the Midwest. Tom Bradley had just become mayor, and things were changing rapidly.

How would you evaluate Antonio Villaraigosa’s performance as mayor?
He opened up the dialogue on why the schools need to be better, and that’s a good thing. But he was coming from Sacramento, with its partisan perspective, so I would imagine that being here is very frustrating for him.

Are you saying that being Speaker of the state assembly, with all of its party divisions and squabbles, was poor training for the mayor’s job?
It’s just a different fit. He may have understood it and maybe was frustrated. I can’t get inside his head.

Who’s the better mayor: Bradley or Villaraigosa?
They are both charismatic, but I’d vote for Bradley because his deep, deep commitment to the city was so clear. Bradley fully inhabited the office of the mayor. He had fluid relationships with the city council, but he also enjoyed an enormous amount of credibility with people throughout the city. So he could go out and, on his own word, rally support for initiatives.

L.A. has had a black mayor and a Latino mayor. How does a black woman candidate play into the racial politics of a city that’s becoming increasingly Latino?
I’m a black woman who speaks Spanish, and I’ve represented a Latino district for the past ten years. No door has ever been shut to me. I’ve always been able to communicate with everyone. And as a woman, I put myself in the place of other women who are trying to take care of their families.

What kind of reaction do you get from people when you tell them you’re Jewish?
“Oh?” That’s about it. When you think about being Jewish from a global perspective, there is no monolithic notion of Judaism. Los Angeles is a global city, and there are plenty of Jewish people who look like me or approximate me.

If you could eat lunch only once in L.A., would you go to Langer’s or Canter’s?
Got to go with Canter’s. The waitresses—they’re funny.

In November you quit your post as president pro tempore of the city council, decrying the lack of openness. Many people would say the city council has never been open. What specifically prompted you to step down?
It was over the remapping of the city council voting districts. We had a situation where people were drawing up maps outside of a formal process and not letting people know. The fix was already in. Redistricting is a process we go through every ten years, and it reflects how we see ourselves and how we see our city. It’s a precious right, and it needs to be inclusive.

How has the political climate changed in the ten years you’ve been on the city council?
Well, term limits have kicked in. You have people coming from different political and cultural backgrounds. You’ve got 5 people out of 15 on the council who come from [the state legislature in] Sacramento and the possibility of at least 3 more coming on. So that would be 8 people out of 15. Sacramento is a partisan political environment. There it’s more transactional, as opposed to debating and vetting and having discourse on the public record. In many cases agreements are made before you get to the meeting.

You’re termed out at the city council, but why would you want to be mayor?
The city is broke. The mayor’s job doesn’t even have all that much power when compared with other big cities. Sometimes I’ll go and watch the projects I’ve helped complete and see how people experience them—the Augustus Hawkins wetlands in South L.A., for example. Sometimes I’ll sit on a bench there on a Sunday and watch kids who scream when they see a turtle for the first time. We get back as much as we give. When you know you’ve changed someone’s life, that’s powerful. I know I can do this on a larger scale. There is a lot of psychological reward in that, a lot of fulfillment.

How much is your mayoral campaign going to cost?
Between $2.5 million and $3 million.

Asking people for money sounds like one of the most awful jobs in politics. How do you stomach it?
It’s an acquired taste. I’m not a wealthy person, and it’s part of the task. When I ran for city council the first time, I had to raise money. Once you accept the fact that you’ve got to do it, it’s not such a big deal. You choose this life of politics; no one forces you.

What’s the toughest aspect of being on the council?
The loss of life. I do regular walk-throughs on skid row. One night I saw a lady and asked her to come into one of the missions for a bed. She refused, and an hour later she was murdered, stomped to death. There was a triple homicide recently. I spent time with a family who had lost someone, and that was very difficult. Homeless people get dumped on skid row, driven in from elsewhere and just left there, and that really gets me.

What’s the most important project the city can take on in the next two years?
The project that brings the greatest number of jobs to the city as quickly as possible. That’s probably the stadium and the convention center expansion.

That project is also beside one of the busiest stretches of freeway in the country.
It will bring more traffic. Hopefully we will work with AEG on their traffic mitigation program and encourage people to use public transportation as a first choice instead of a last choice. If we do this right, it would be a tremendous opportunity to expand public transportation and correct some of our past mistakes.

When was the last time you took public transit?
About a month ago. The Gold Line from Little Tokyo to Pasadena. Saw a movie.

What do you think of the current state of the city’s schools?
Clearly we need to do better, and as mayor I would ask voters to grant me a seat on the school board.

A lot of cities with successful public schools, like Chicago and New York, have brought them under the direct control of the mayor. Is one seat enough?
It’s a good place to start.

What does having a seat change?
It gives you direct influence on policy and process within the district itself, and a vote. You see how much success you can achieve with that in terms of funding programs, reducing midlevel bureaucracy, and empowering principals with their own budgets.

But asking the LAUSD to reduce its own bureaucracy is a bit like asking the turkey to cook itself for dinner. How is what you’re proposing different from what we’ve seen before?
People have come from an outside perspective. They’ve taken over schools or focused on a couple of initiatives, and while that’s had some success, I don’t know that it’s focused on improving the mainstream educational institution. I don’t want it to be left behind. Charter schools are one answer, but they may not be the only answer.

Do you think charter schools have put competitive pressure on the regular school system?
Hopefully. I can’t answer you on whether it’s changed the way LAUSD does business. I just know what I read and anecdotally and from looking at the schools in my district.

Is the city suffering from a leadership deficit?
We’re getting into that difficult area of negotiating pensions [with city employees]. And we’ve got a long way to go. We’re in some situations right now that are not sustainable. We’re going to have to have some cultural shifts in the way we create expectations in the future.

Does that mean you are prepared to have a frank and possibly painful conversation with city unions about pensions?
I not only want to be frank, I want to have one conversation that is on the public record. I think part of our problem is that…we’ve had third-rail conversations going on with other elected officials, which made things much more insular, more complicated, and more fractious. People would shop around for the answer they wanted to hear. A leader needs to hold the line and say, ‘This is the place where you come to have engagement.’ Anything else is not relevant.